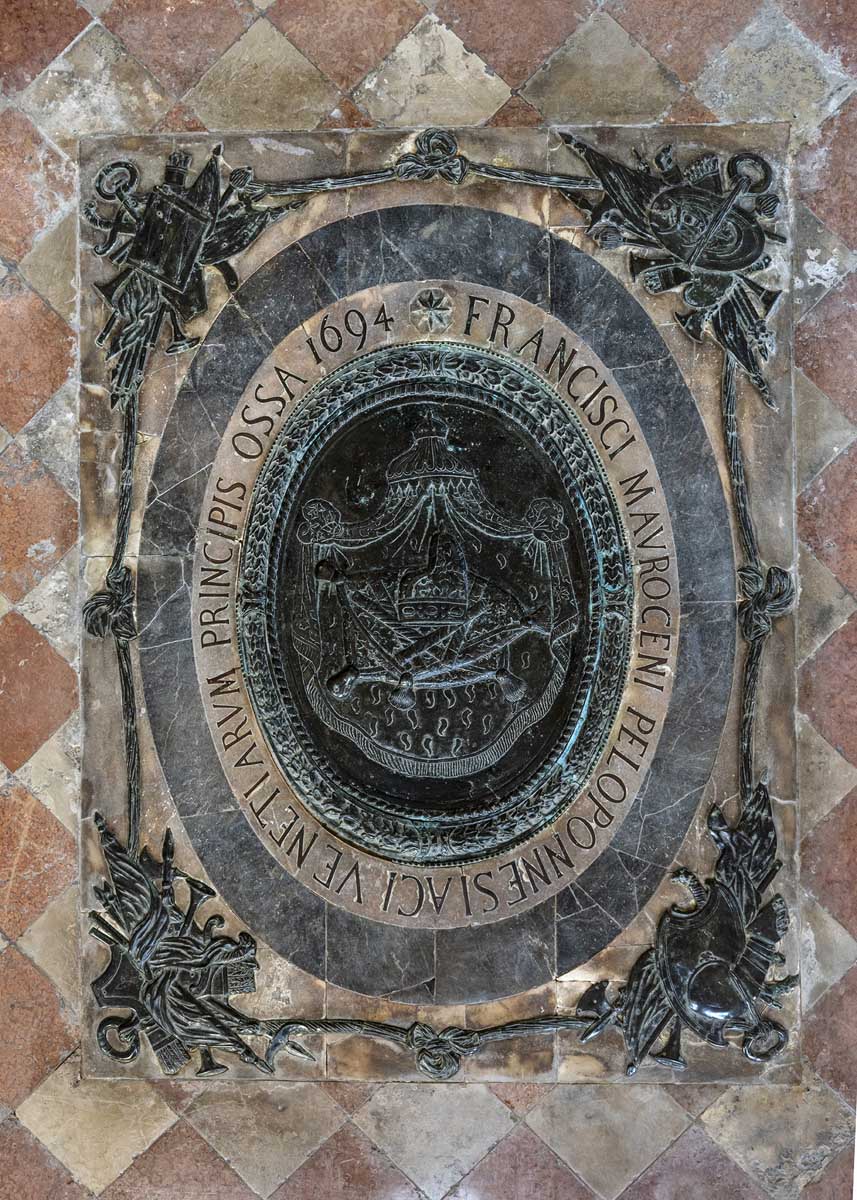 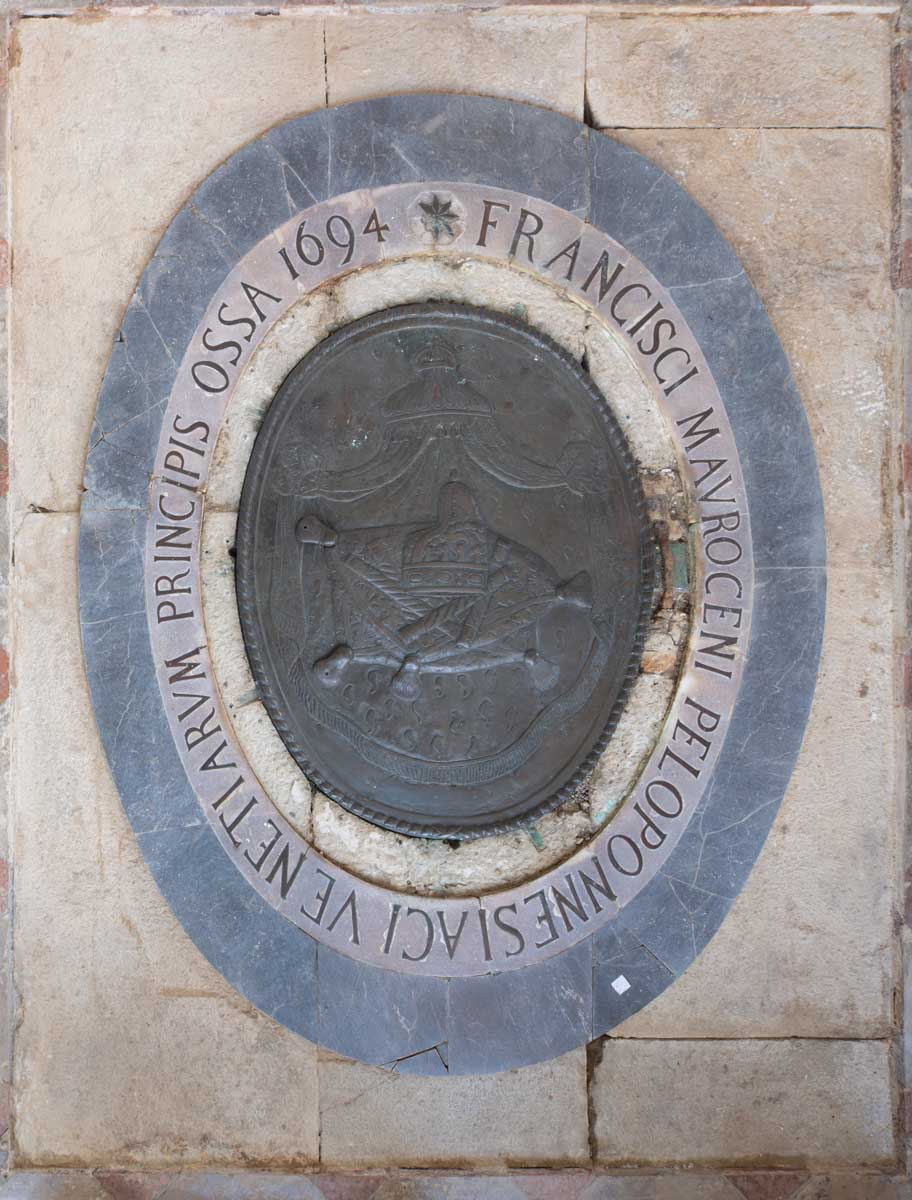 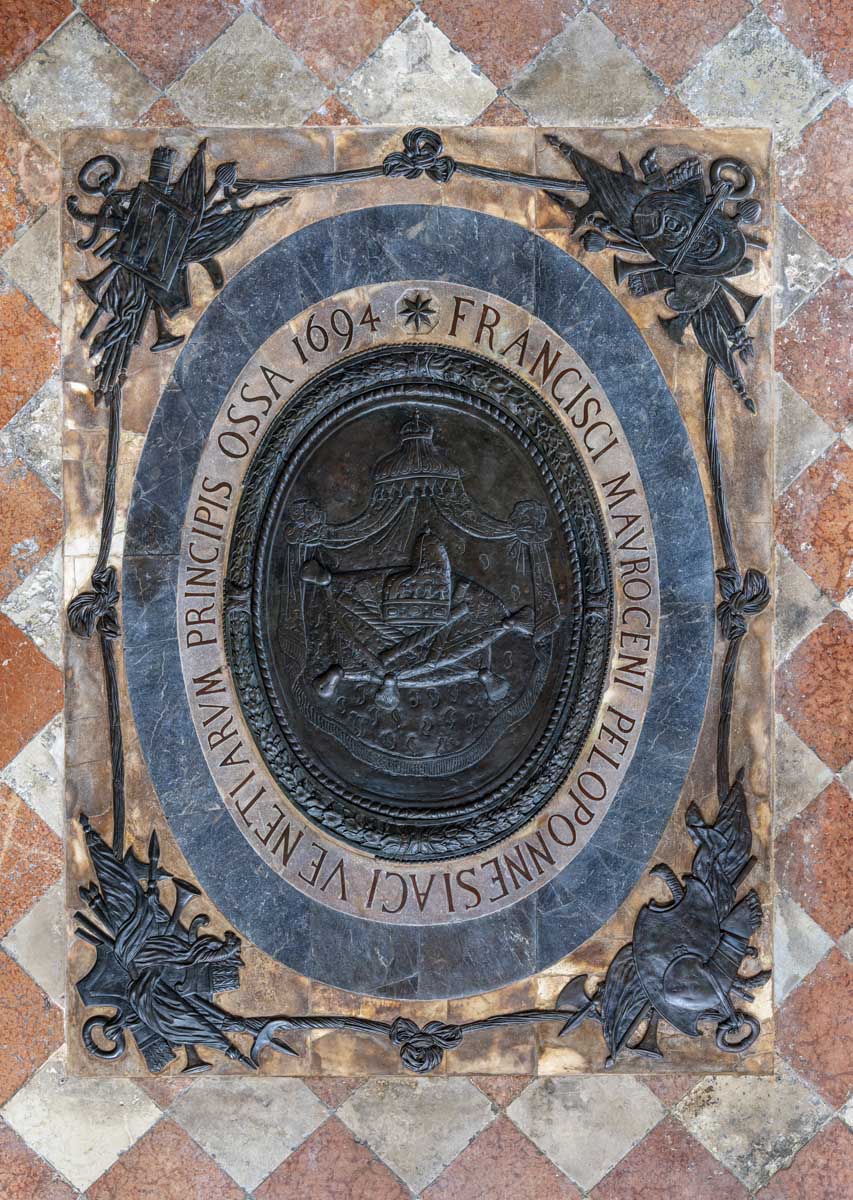 Project
Restoration of the Funerary Monument of Francesco Morosini

Venetian Heritage supported the restoration of the funerary monument of doge Francesco Morosini, situated in the Church of Santo Stefano in Venice, a prime example of gothic architecture in the city. The Church hosts, with its many artworks, the funerary monument of doge Francesco Morosini (1619-1669), who distinguished himself for his military prowess during the War of Candia and the following War of Morea. His exploits were recounted in a series of paintings, a previous restoration project funded by Venetian Heritage for the celebrations of the Four-hundred years of the birth of the valiant commander (1619-2019).
The funerary monument, realized by Antonio Gaspari and Filippo Parodi, is decorated with bronze elements representing armigerous triumphs in the four angles and united by knotted ribbons.  An oval strip in veined grey marble surrounds another Carrara marble strip with the same guise, where the inscription in capital bronze letters and the date of death of the Peloponnesian is written. The bronze sepulchral seal is framed by a laurel crown modeled in relief. At its center are represented under a baldachin with a closed crown the ducal horn with the four batons of the Capitano da Mar, symbols of the extensive mandate exercised four times by Morosini. The restoration was also made possible thanks to the collaboration of Pomellato, which intervened in the fundraising campaign #supportvenice launched by Venetian Heritage after the Acqua Granda. The restoration included all the elements composing the tomb, eliminating the signs of oxidation on the metallic parts due to contact with water and the crackling of the marble surfaces.