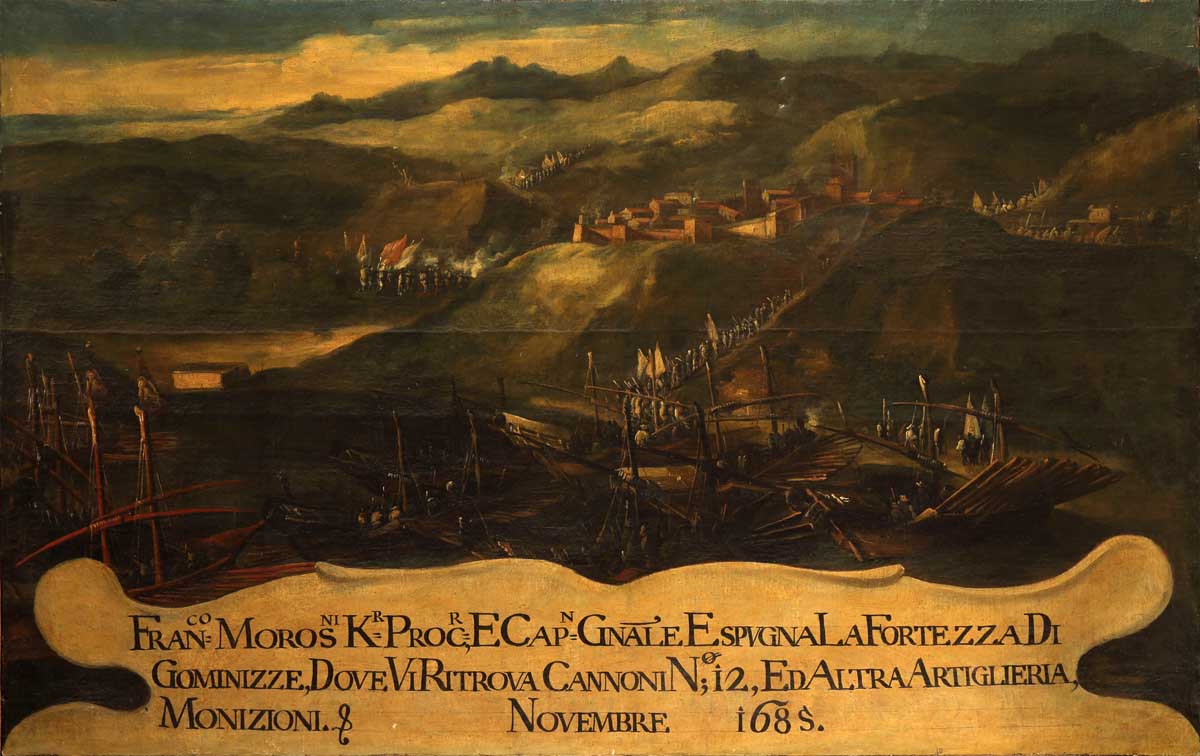 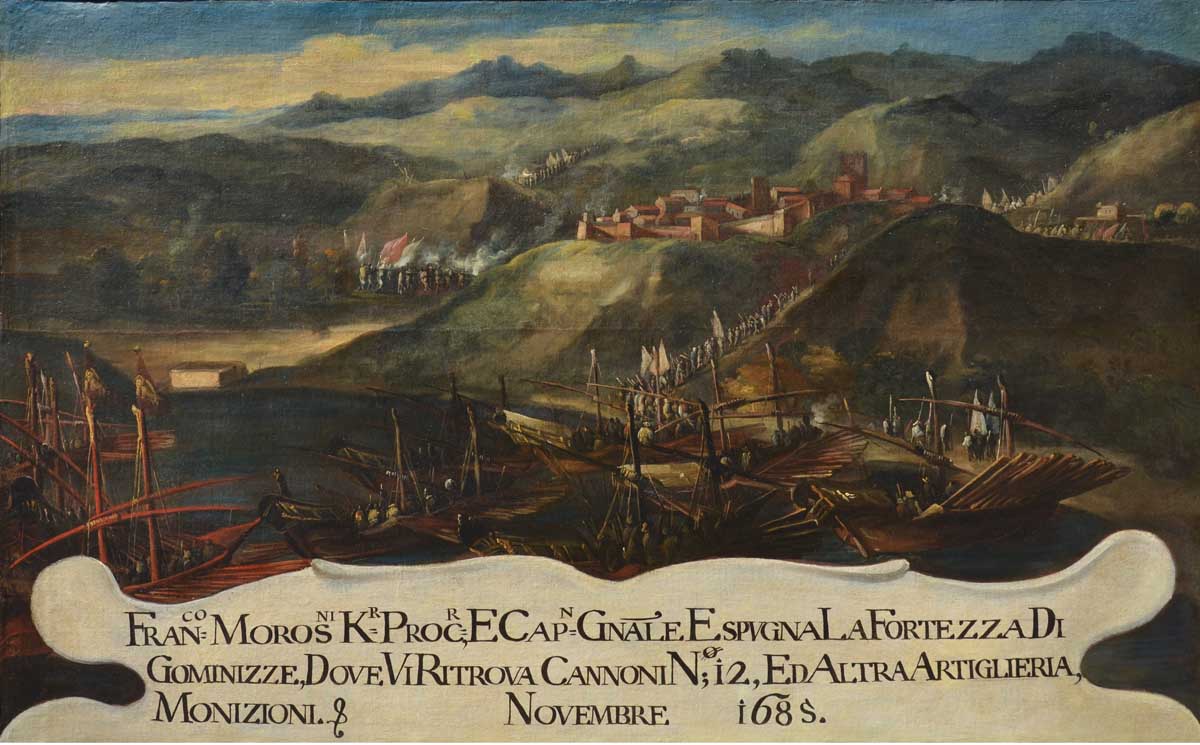 Francesco Morosini (1619-1694), commander and doge of Venice from 1688, reached the apex of his military and political fortune by profoundly linking his affairs with the history of the Serenissima, whose territories and commercial roads at the time extended to the Middle East. In 2019, the celebrations for the 400 years of the birth of Morosini opened a further glance at the knowledge of the history and culture of the Republic of Venice in the 17th century. For the exhibition Francesco Morosini 1619-1694. L’uomo, il doge, il condottiero at Palazzo Corner-Mocenigo, Venetian Heritage funded the restoration of 23 of the 48 panels representing scenes from the military campaigns fought by the ‘Capitano da Mar’. Such a narrative cycle testifies in detail the two big military campaigns addressed by the Republic of Venice during the 17th century against the Ottoman Empire for the control of the commercial routes in the Mediterranean: the wars of Candia and Morea. The restored paintings were in a good conservation state. However, the superficial varnish had alterations and appeared strongly yellowed, it was also possible to distinguish old re-touches because of their modified chromium. Thanks to the intervention ground deposits and alternated paints were removed while the lack of the superficies was grouted and retouched with varnished colors, reversible and resistant to aging.