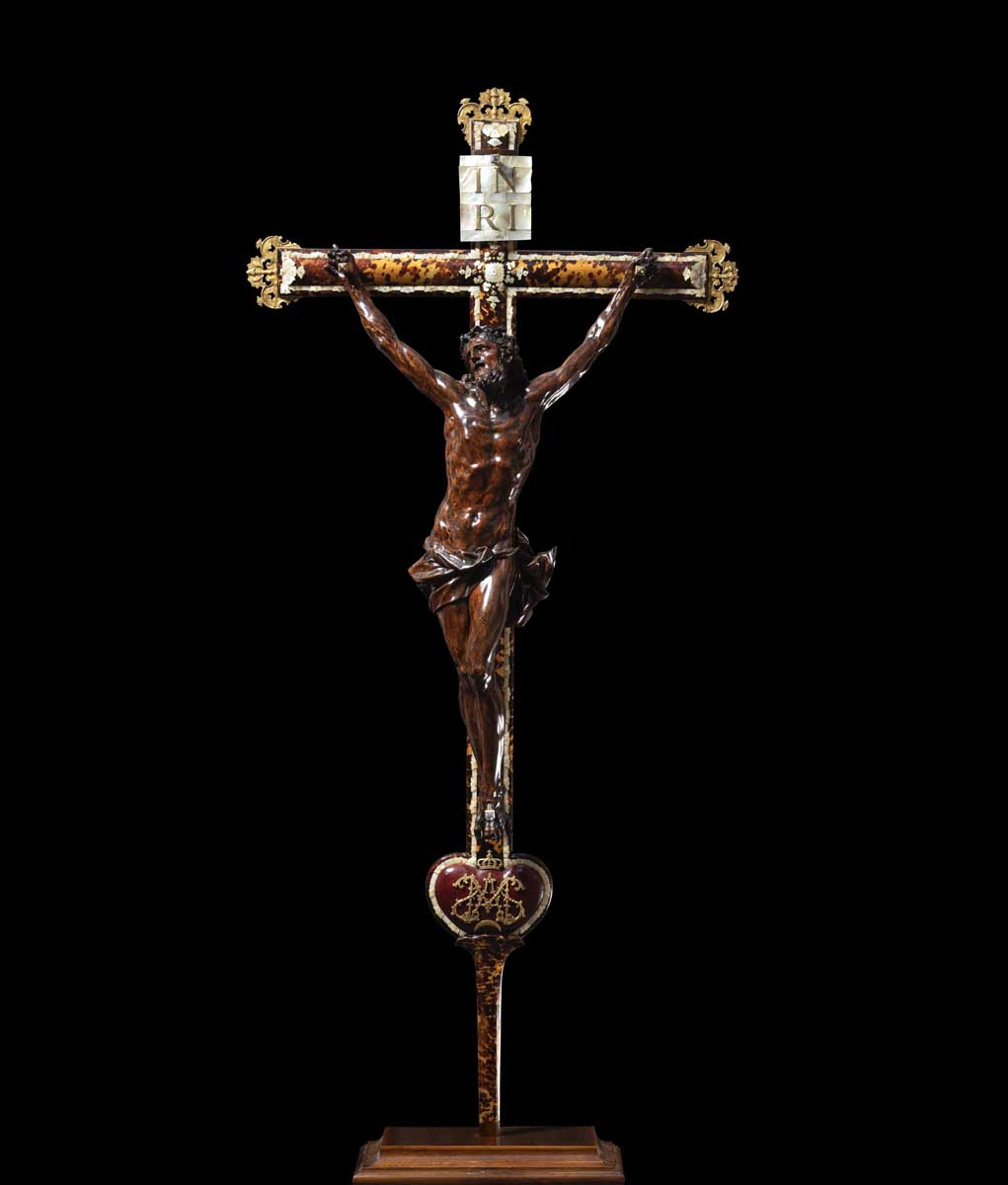 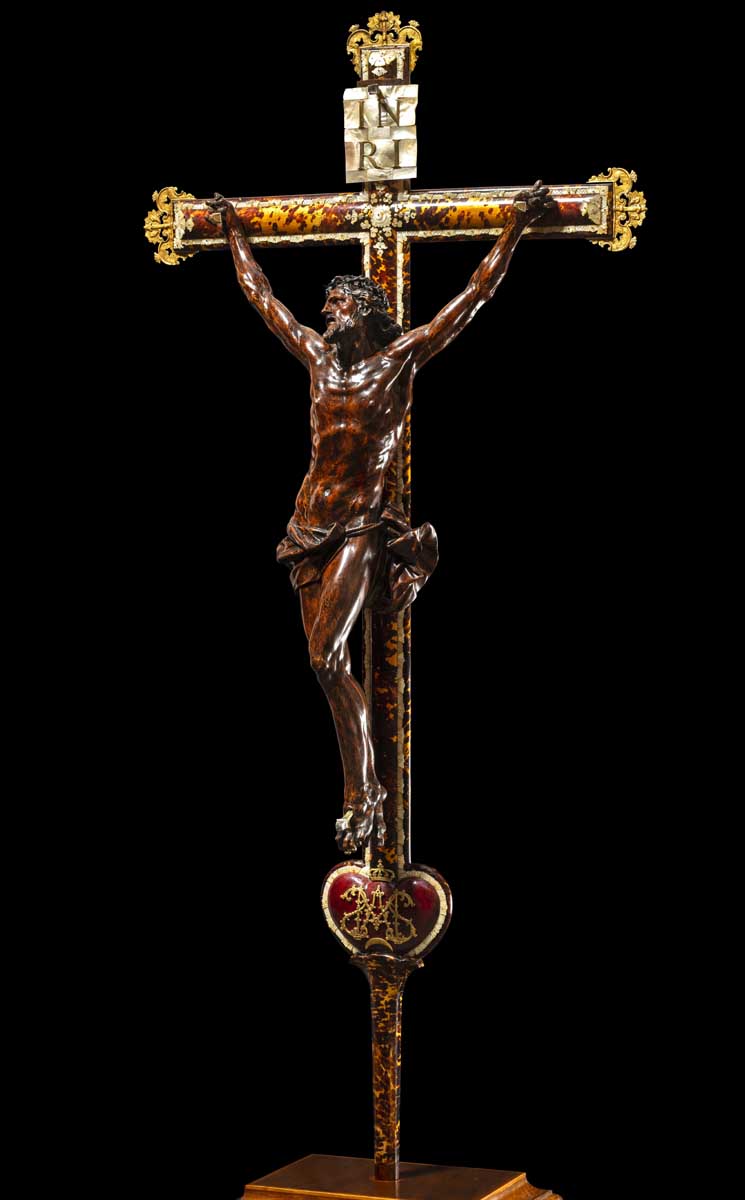 Venetian Heritage funded the restoration of the wooden crucifix by Giuseppe Torretti, a Venetian sculptor and carver mainly active in Venice. He was the head of a shop, later on, carried out by his nephews, in which the young Canova trained. The stylistic taste of Torretti was first oriented towards the lagoonal baroque of Giusto Le Court (1627-1679) and then moved onto more sober linear shapes following a stay in Rome. The wooden crucifix of San Moisè was executed shortly after, in 1711. The artwork is composed of a Christ refined in a red-brown varnish, a wooden cross embellished by a brightened tortoise foil with nacre decorations, and an item of furniture supporting it. During the exceptional tides that affected Venice during the month of November 2019, the Crucifix fell into the water. This implied the swelling of the wood – especially in the lower part of its support – and the partial detachment of the poly-materialistic parts covering the wooden structure, which was eventually found after the flood.
The restoration, possible thanks to the fundraising campaign #supportvenice launched during the aftermath of the acqua granda, permitted consolidation of the structure of the artwork, and to reincorporate both the structural and superficial lacks. The fallen parts were glued and the work was concluded by cleaning the Crucifix from the deposits caused by the salinity of the water.