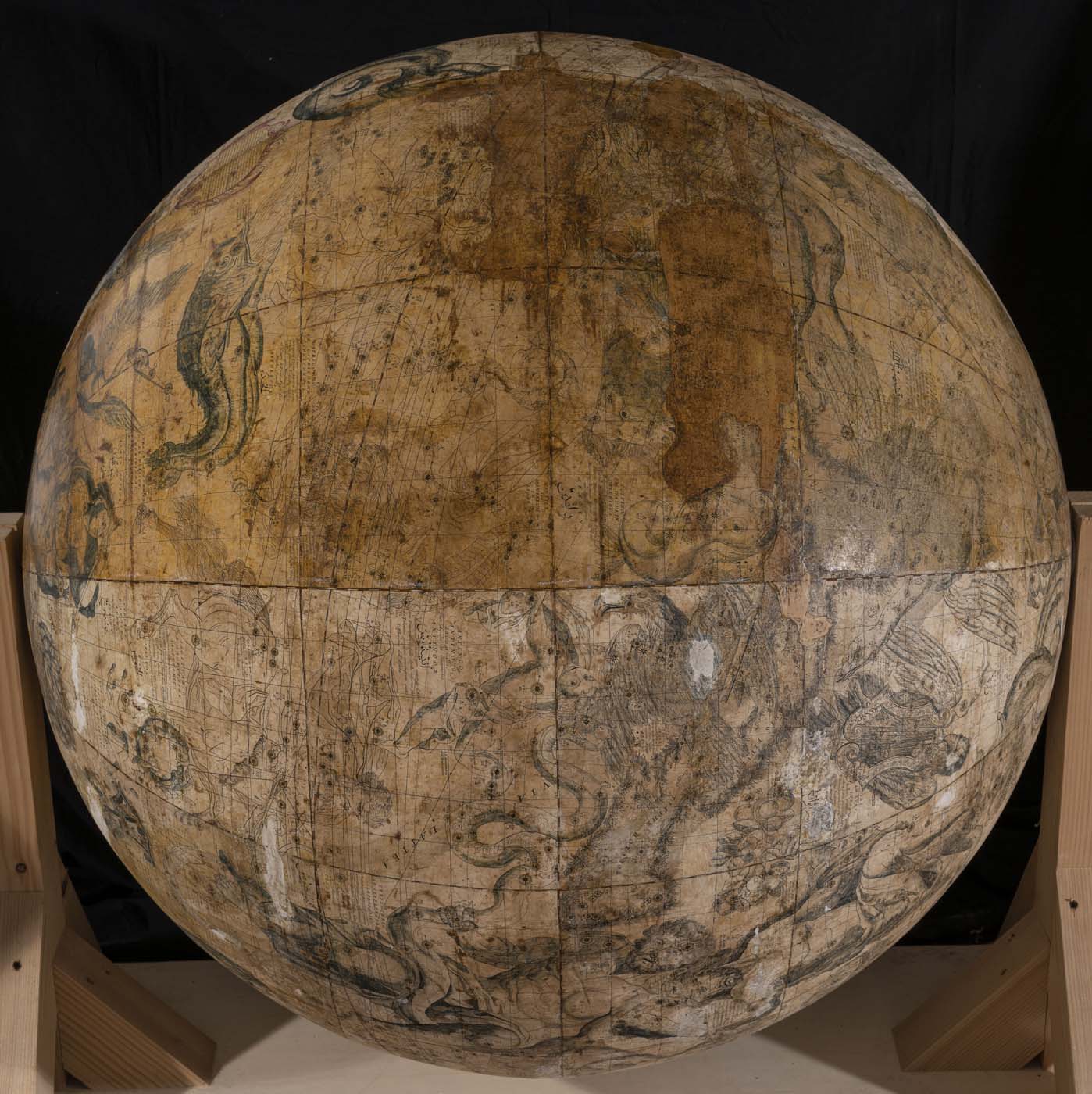 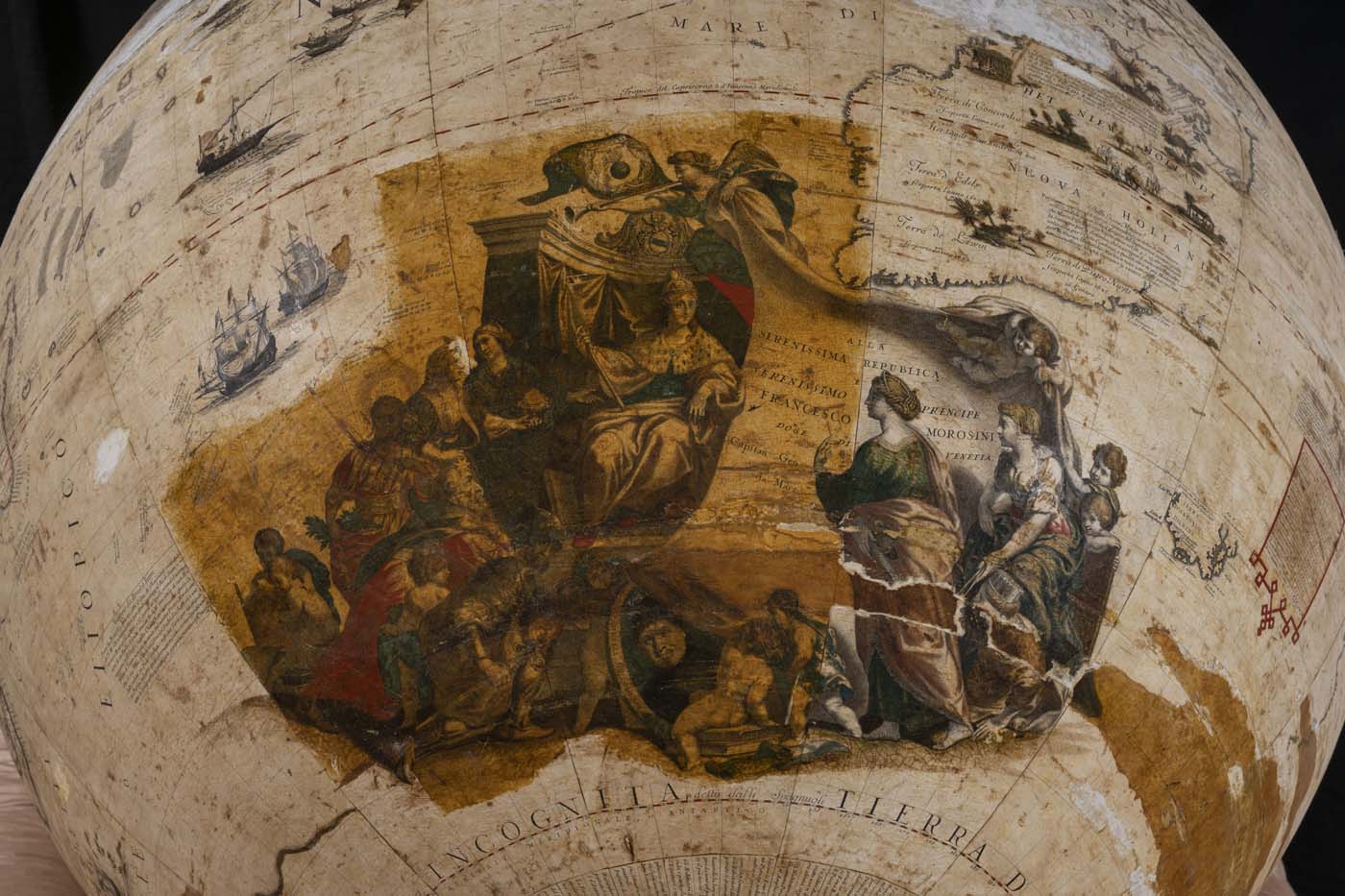 Vincenzo Coronelli was probably born in Venice in 1650, and it was around 1678 when he began to work as a geographer, assembling for Louis XIV two gigantic manuscript globes, one celestial and one terrestrial, whose miniature reproductions were subsequently put on the market by Coronelli.
Thanks to this type of production, Coronelli became the reference point in Europe for the production of globes for more than twenty years. Furthermore, in the same years, he founded the “Academy of the Argonauts” the oldest geographical society in the world.
Today, examples of Coronelli’s globes are exhibited in the François Mitterrand National Library of France in Paris, the Austrian National Library, the Globe Museum in Vienna, the British Library, the Biblioteca Civica of Bergamo, the Ransom Center of the University of Texas in Austin and, finally, the Marciana Library in Venice.
Venetian Heritage has contributed to the restoration of the terrestrial and celestial globe by Vincenzo Coronelli at the Patriarchal Seminary, Venice. As often happens with this type of artifact, most of the damage can be found at the height of the equator and in the southern hemisphere, a clear sign of trauma due to displacement and friction caused by contact with the base. The globe also showed traces of yellowing and blackening due to the use of natural glues and paints that have altered its correct chromatic and topographical reading.