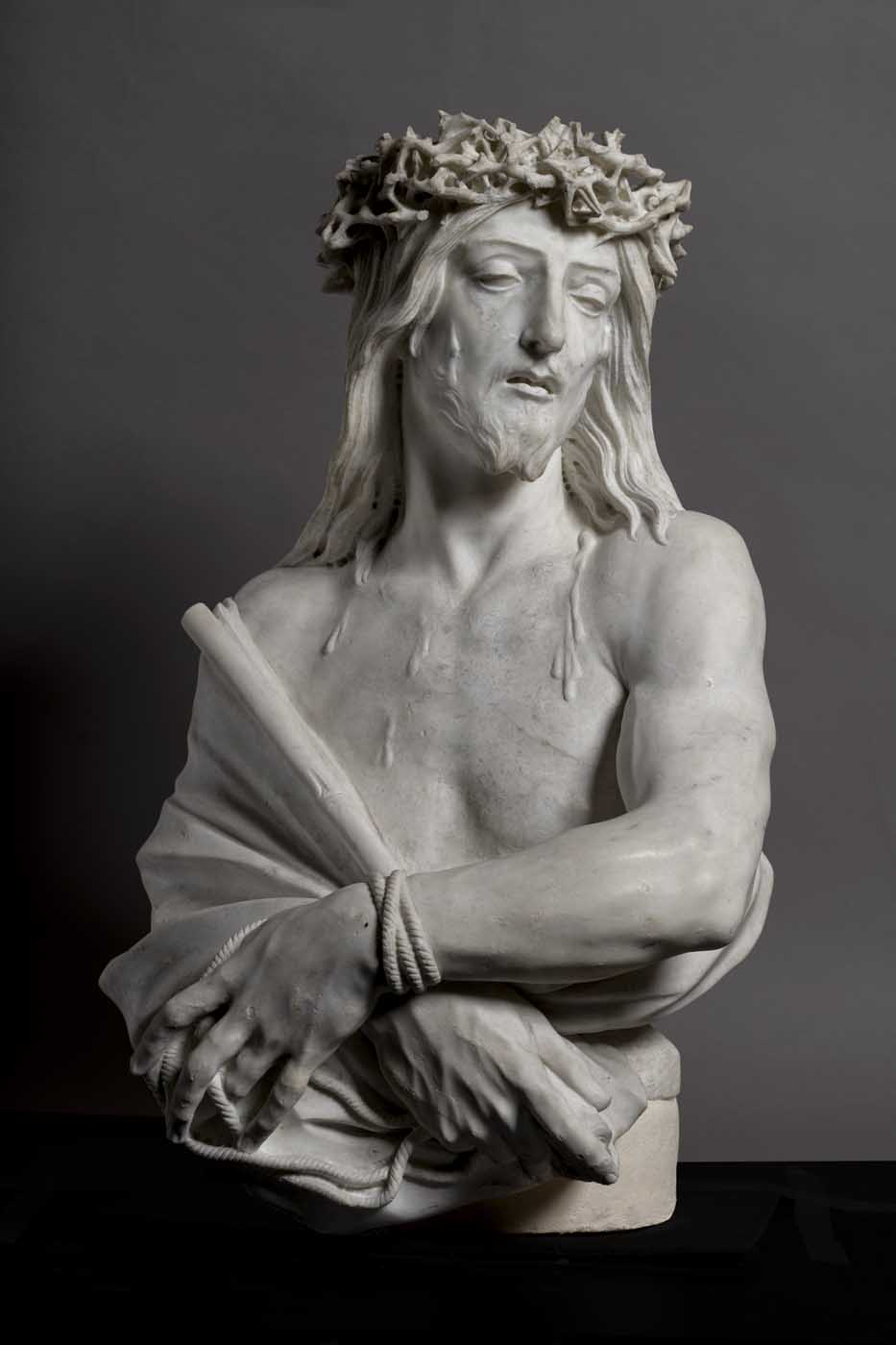 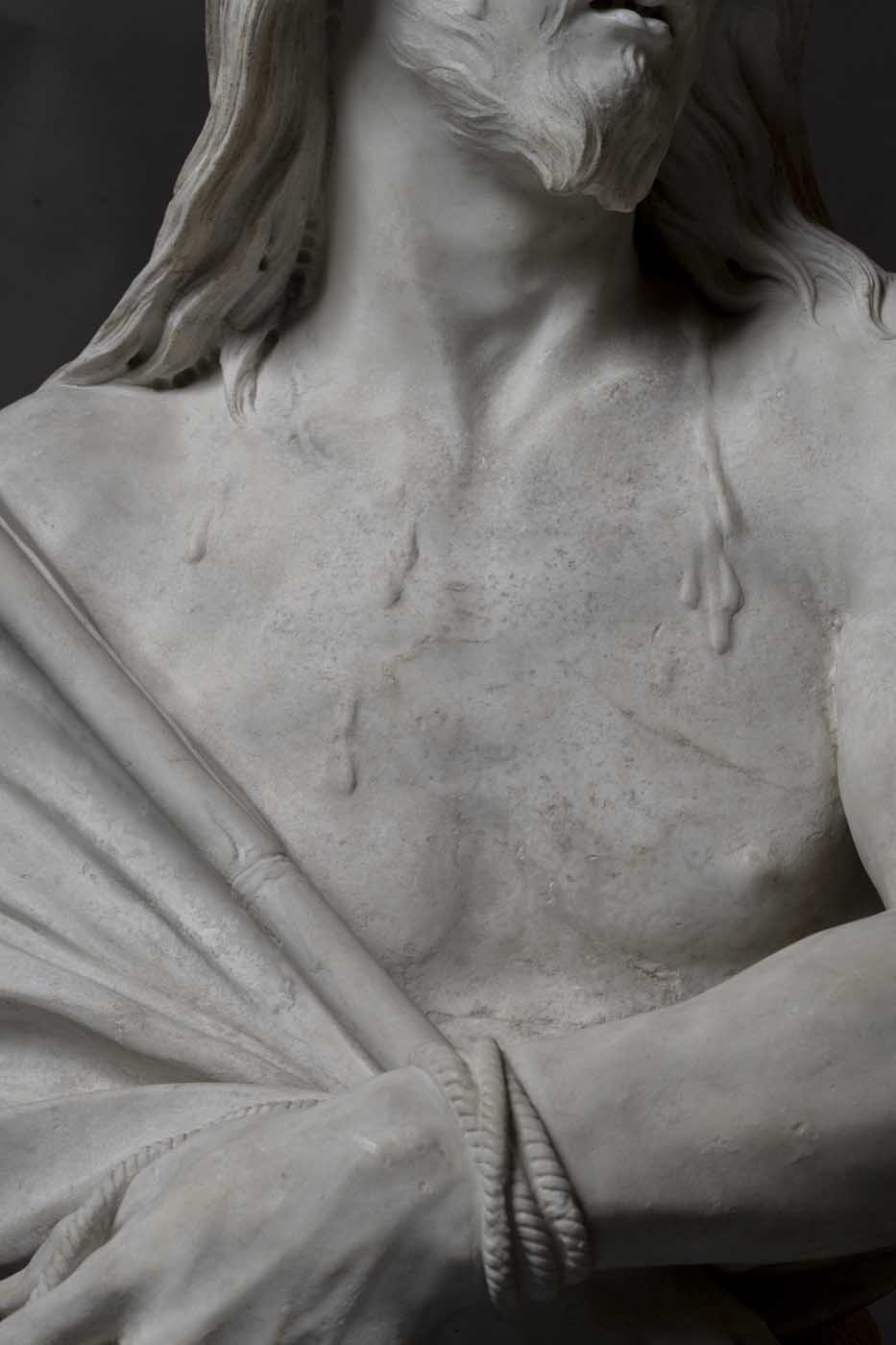 Venetian Heritage supported the conservative restoration of the sculpture Ecce Homo, realized by Genoese sculptor Filippo Parodi, and representing the bust of Christ with a spine crown on his head, tied hands, and a baton. It can probably be dated to around 1683-1689 ca. when Parodi participated in sculptural projects in Padova and Venice.
Preserved in the deposits of the Prisons of the Doge’s Palace in Venice, the bust’s surface was covered in a fine layer of dust, with thicker deposits in its horizontal areas. In certain points, like the hair, the spine crown, and the eyebrows, the dirt appeared of a richer and dark grey color, almost greasy. On the marble also appeared little holes resulting from incisions or small damages. It was necessary to intervene at the base level, made of calcareous stone, sadly blemished by the action of salts that penetrated the stone.