Project
Acquisition of the painting Allegory of Hope, Giorgio Vasari, 1542 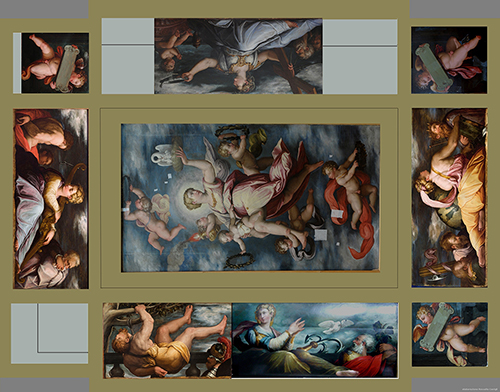 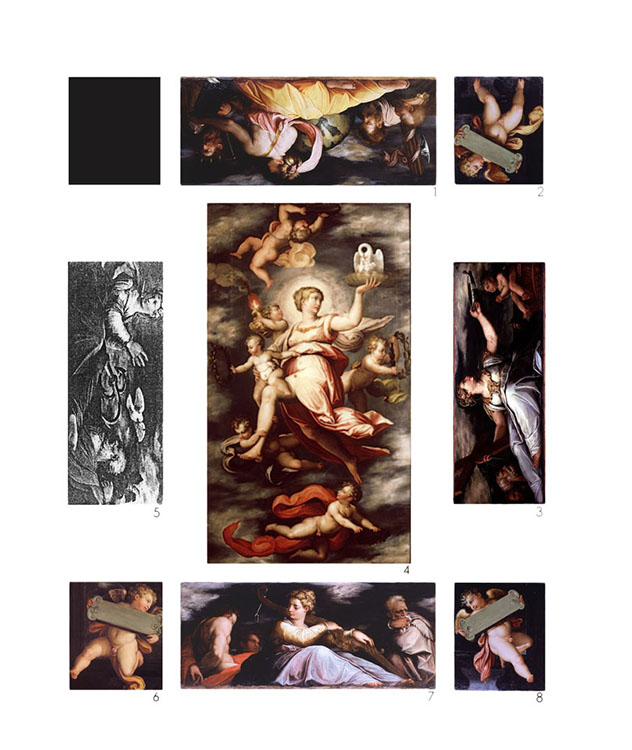 Palazzo Corner Spinelli was edified for the Lando family by architect Mauro Codussi at the end of the 15th century on the Canal Grande. The Palazzo was subsequently bought by Giovanni Corner, who commissioned important structural changes to architect Michele Sanmicheli and the decorative work to Giorgio Vasari. The latter realized a coffered ceiling composed of nine compartments for a room of the Palazzo which, in the early 1800s, was dismembered and the single compartments sold on the European antique market, dispersing themselves. From the description left by Vasari, in 1961 Jürgen Schulz suggested the reconstruction of the ceiling retracing six of the nine tables: Patience, Justice, and two Putti in the Capua collection in Rome; Hope and Faith in other European private collections. From 1987, the venetian superintendency managed, via acquisitions and deposits, and with private and public financial support, to secure seven of the nine boards. The Vasari complex composed of nine tables represented an essential moment for the influence of central-Italian mannerism on Venetian painting of the 1400s. The boards of Capua, exhibited in 1981 at the exposition Da Tiziano a El Greco, was bought and destined for the Gallerie dell’Accademia precisely in 1987. Another compartment of the ceiling, representing a Putto con tabella, after being identified by Vertova in the decor of a Milanese palazzo, was insured at the Patrimonio Nazionale and destined to the same Gallerie in 2002.
In 2013 Venetian Heritage, in collaboration with the superintendency, organized a fundraiser permitting the acquisition of the portion representing Faith, stored in Lady Kennet’s collection from 1960. In October 2016, Oscar-winner James Ivory, an American director, and an honorary member of the Foundation organized a fundraiser through which the acquisition of the panel representing Hope, the last component of the ceiling and owned by the Weinfeld heirs, was made possible.