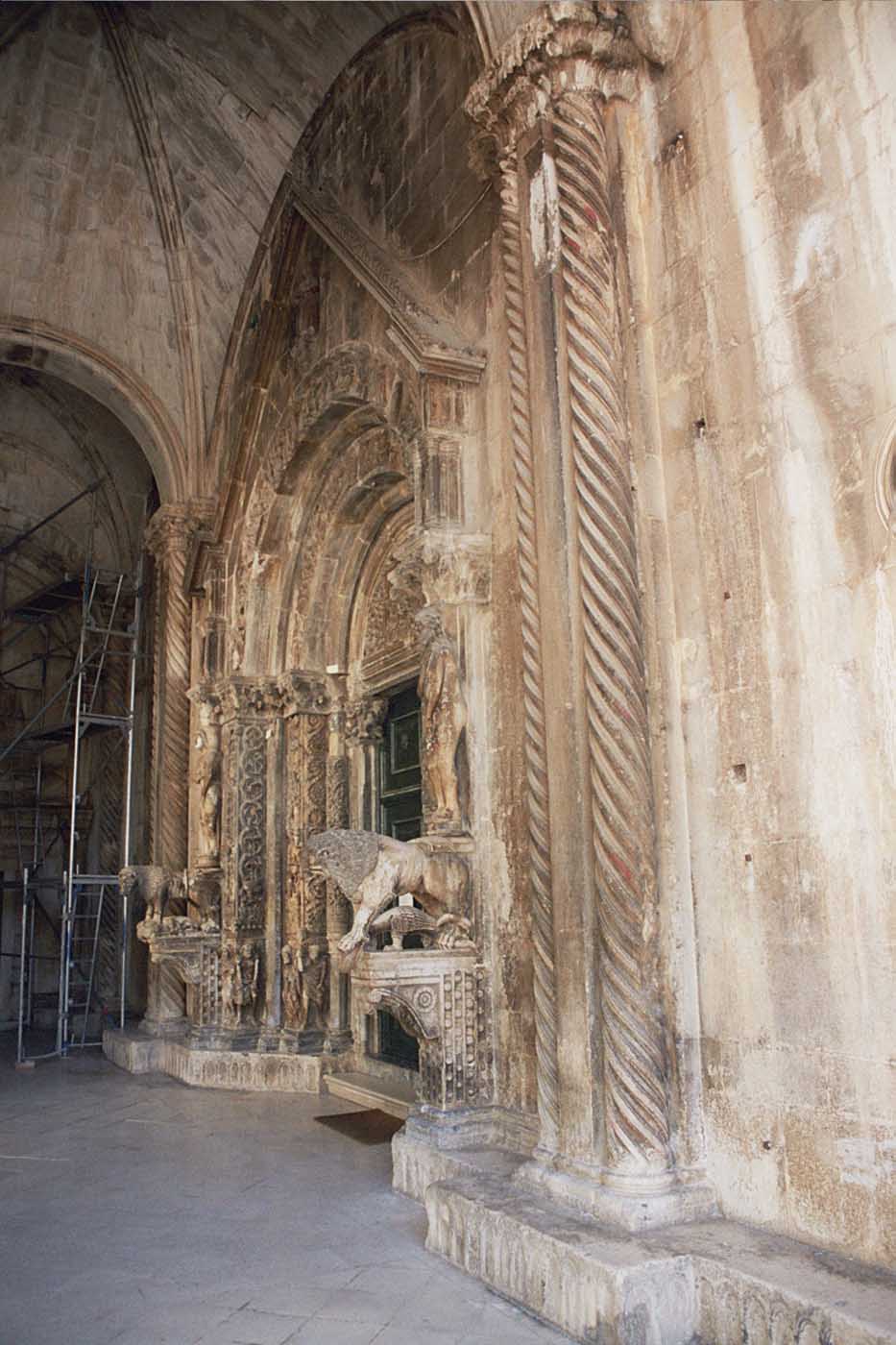 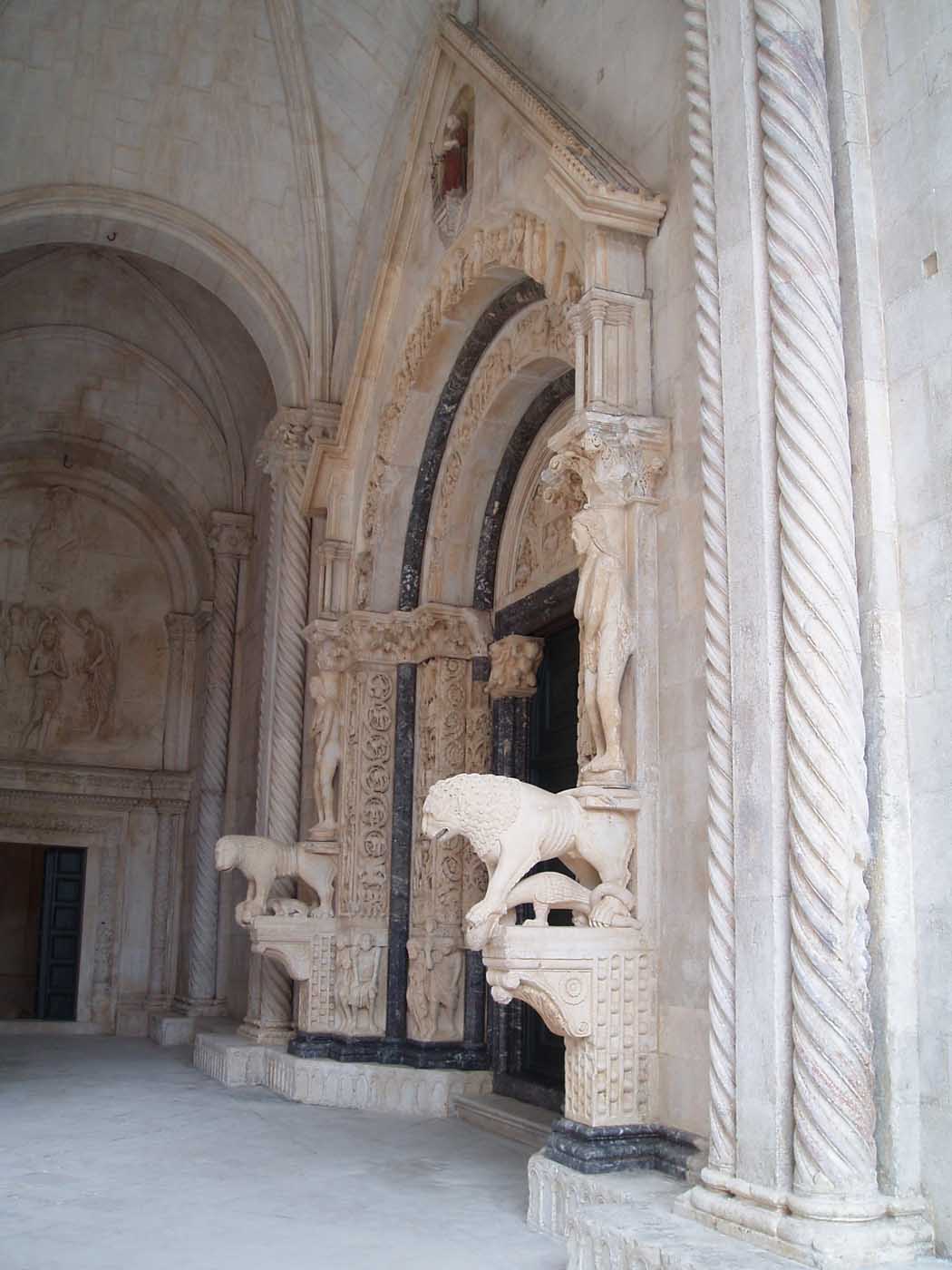 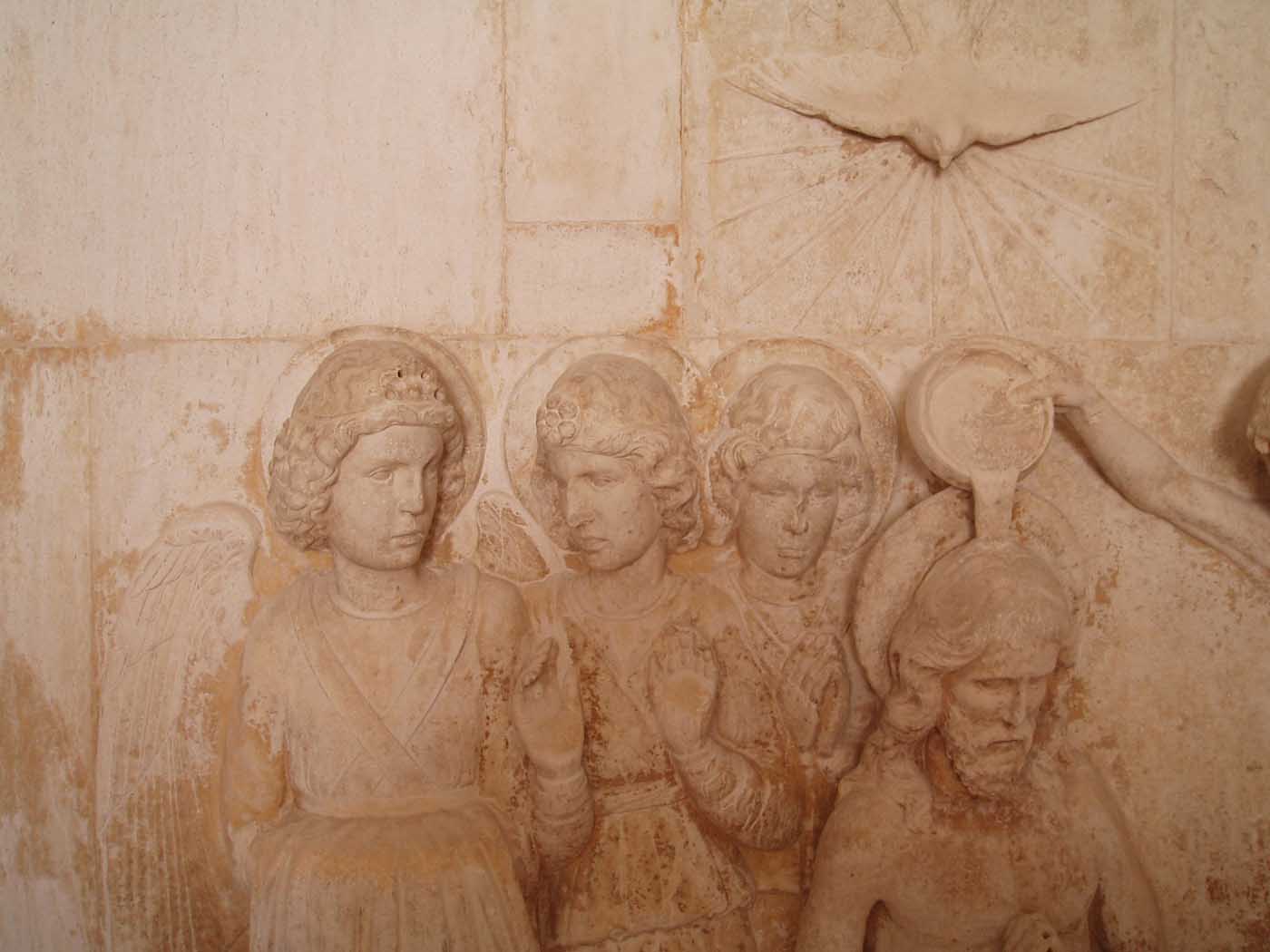 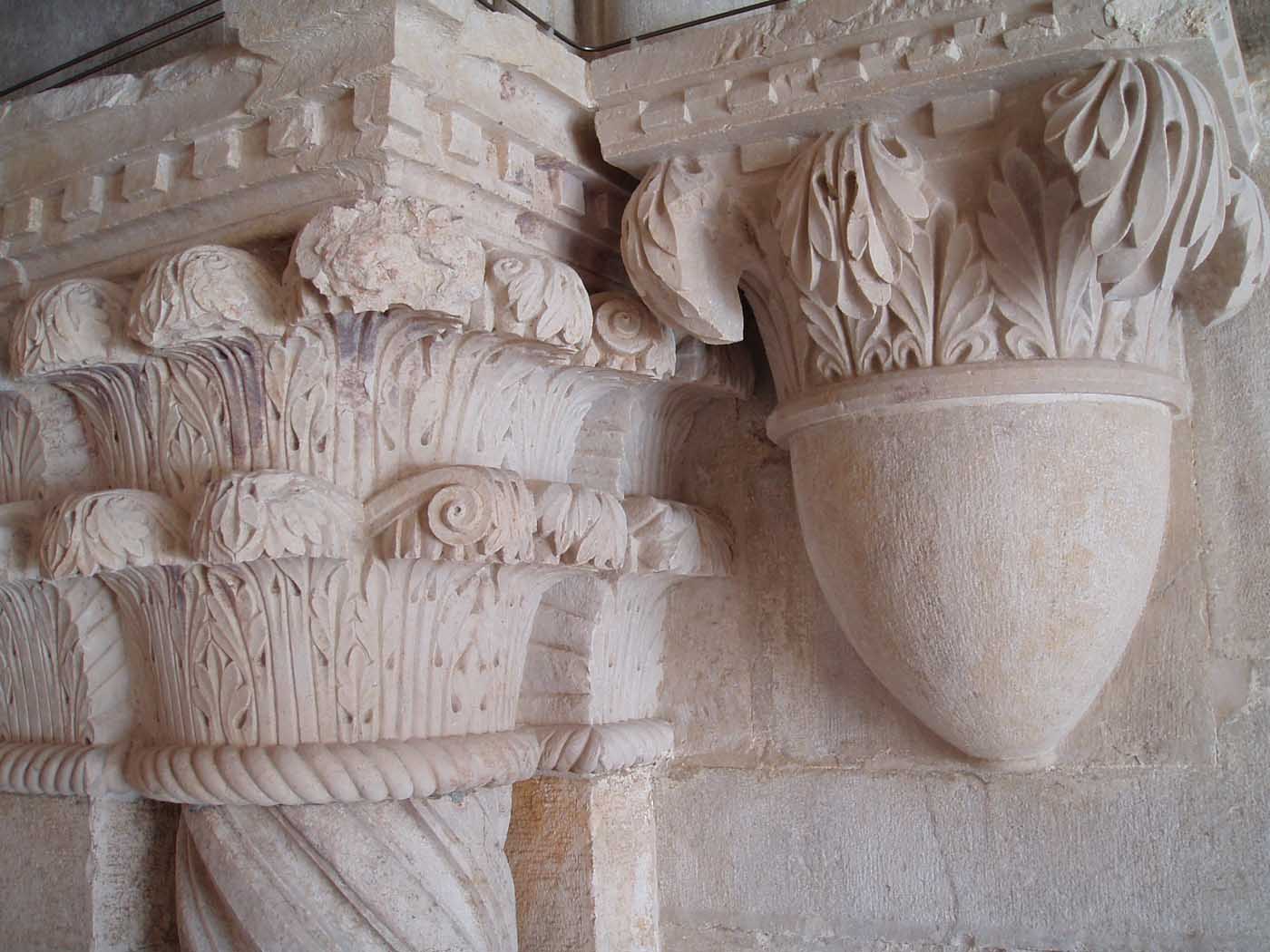 Inside the cathedral of St Lawrence in Trogir, Venetian Heritage funded the restoration of the Roman portal, the gothic narthex, and the renaissance baptistery. The Roman portal was made in 1240 by the master Radovan. It is one of the most important and complete cycles of medieval sculpture in the Adriatic area and is also considered to be the most salient monument of Roman sculpture in Dalmatia. The narthex, from the gothic period, corresponds to the principal entrance of the cathedral of St Lawrence and allows access to the baptistery.
Before the restoration, the vaults and the walls of the narthex presented washed-out zones and other areas were covered in limestone. Under the layers of calcite that concealed the capitals, some delicate reliefs had been fragmented. Many of the joints were badly plastered with cement and the grouting was in a bad state. Large quantities of bird droppings had accumulated on the capitals and the portal pediment was covered in a thin brown patina. In many areas, the stone resulted fractured due to the tensions provoked by the swelling of the pivots and the oxidized iron staples.
After the removal of the bird nests, the droppings, and the superficial layers of dust on every surface, the cleaning methods were chosen accurately; for the walls of the narthex, it was mechanical whereas the baptistery was washed with water and soft sponges, avoiding the disjointed zones. The restoration is dedicated to the memory of Maria Teresa Gaja Rubin de Cervin Albrizzi.