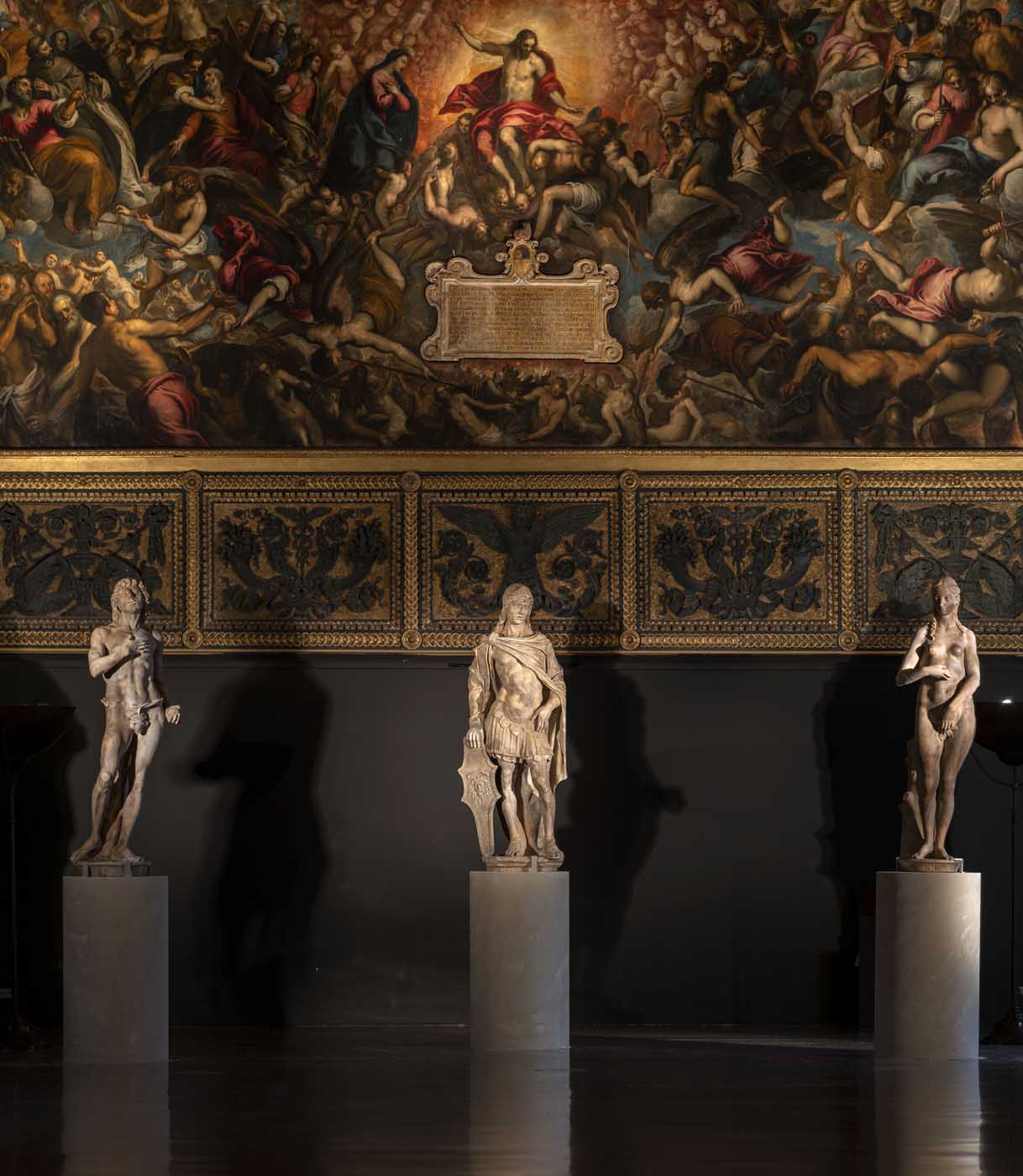 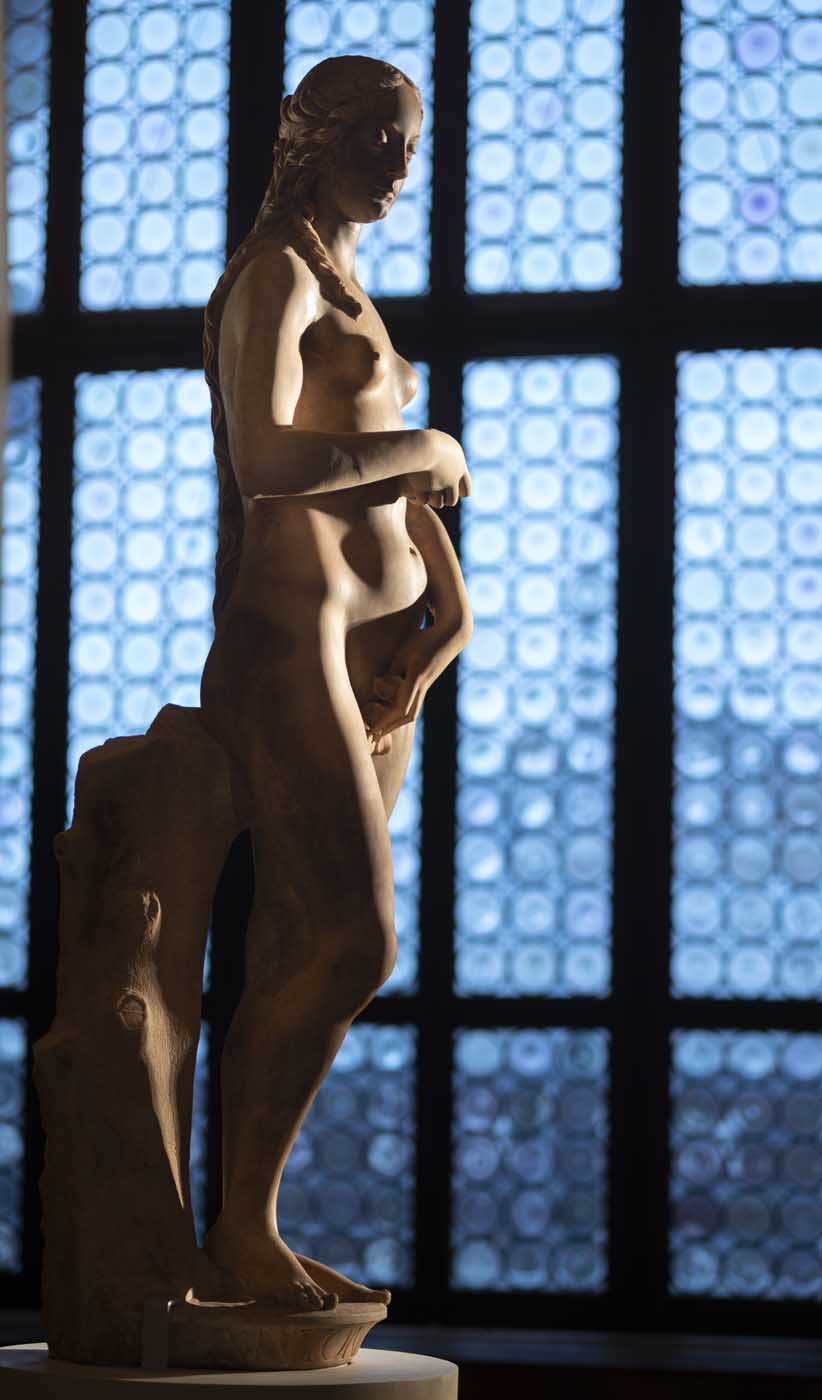 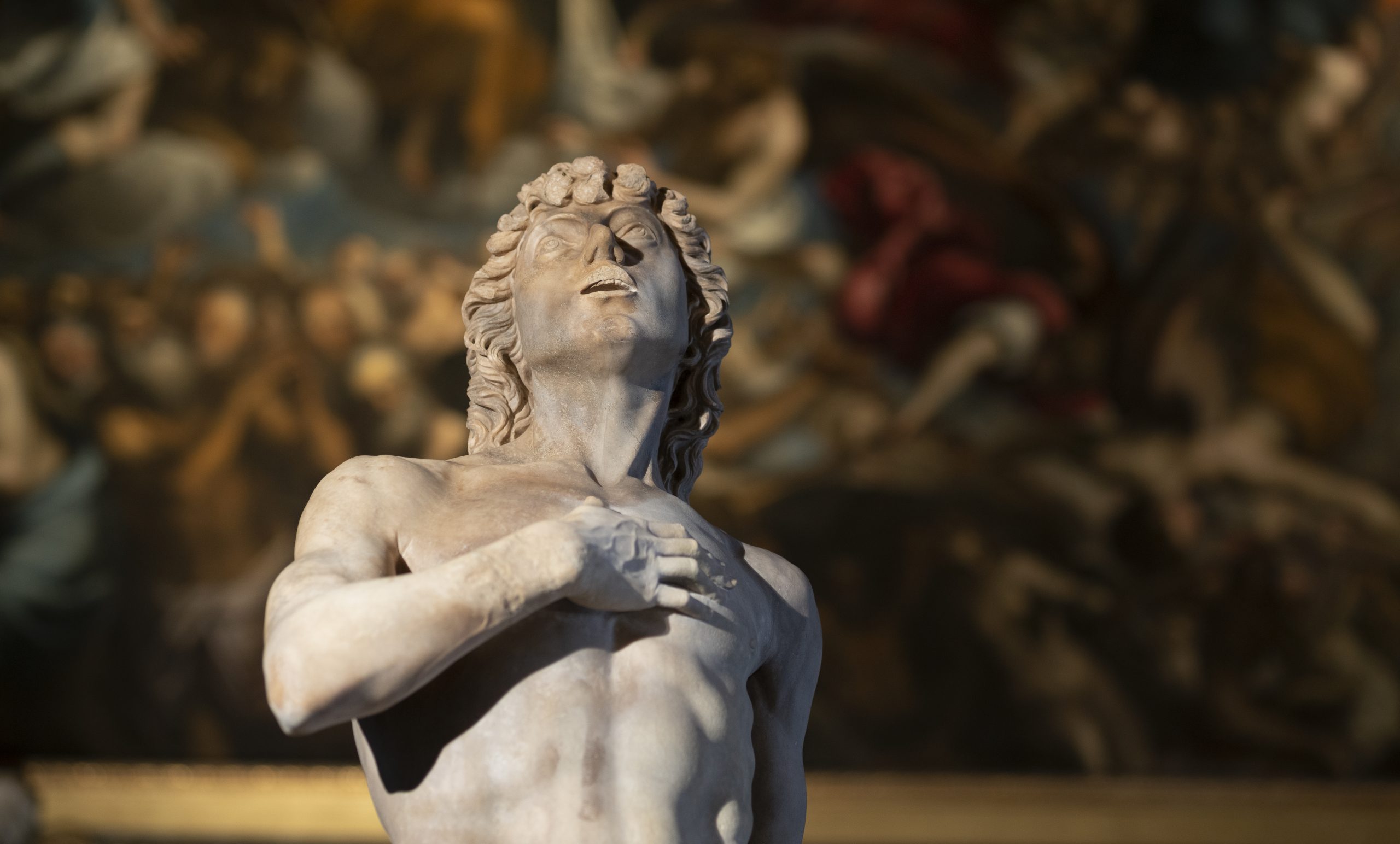 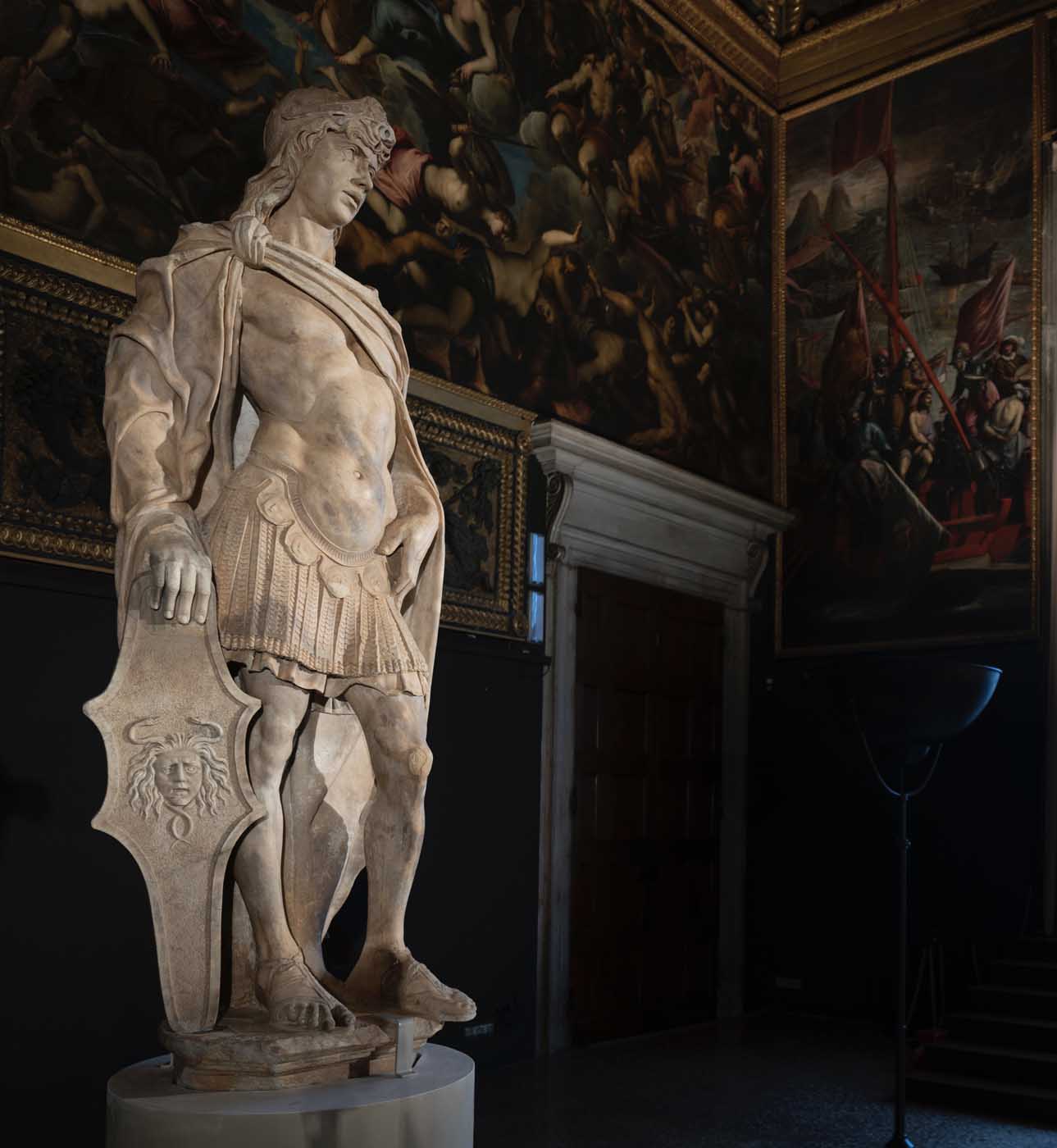 Project
Restoration of the statues representing Mars, Adam and Eve by Antonio Rizzo

Antonio Rizzo was one of the main protagonists of the early Venetian Renaissance. Veronese by origin, he established himself in Venice after a few stays in Padua and Florence. The statue representing Mars was one of the first to be executed by the sculptor for the completion of the Foscari Arch. The influence of Antionio Pollaiolo, visible in Adam, confirms the hypothesis that the sculptor was in Florence around 1470, where he saw the classical sculpture of Venus Pudica, source of inspiration for his creation of Eve. At the beginning of the 20th century, the three sculptures made entirely of white Carrara marble, were in a relatively bad state of conservation due to the influence of atmospheric agents. On the surface could be found diffused blackening caused by weathering, alternated with white zones from rainwater wash out. Such runoffs were artificially coated with a dark and greasy pigment, probably applied with the scope of giving the surfaces a chromatic uniformity. The sculptures were exhibited at Doge’s Palace, and replaced by bronze sculptures at their original location. From 2015 to 2019 the three statues underwent a restoration in the Liagò of the Doge’s Palace, temporarily transformed into a restoration laboratory open to the public. Under the technical direction of a scientific committee composed of Fondazione Musei Civici di Venezia, Soprintendenza Archeologia, Belle Arti e Paesaggio per il Comune di Venezia e Laguna, Opificio delle Pietre Dure di Firenze, it was decided to pursue with a laser cleaning to remove the artificial grey and black coating. Venetian Heritage funded the restoration thanks to the support of architect Peter Marino, chairman and President of Venetian Heritage Inc., New York. The three sculptures are now permanently displayed in the Sala dello Scrutinio of the Doge’s Palace in Venice.