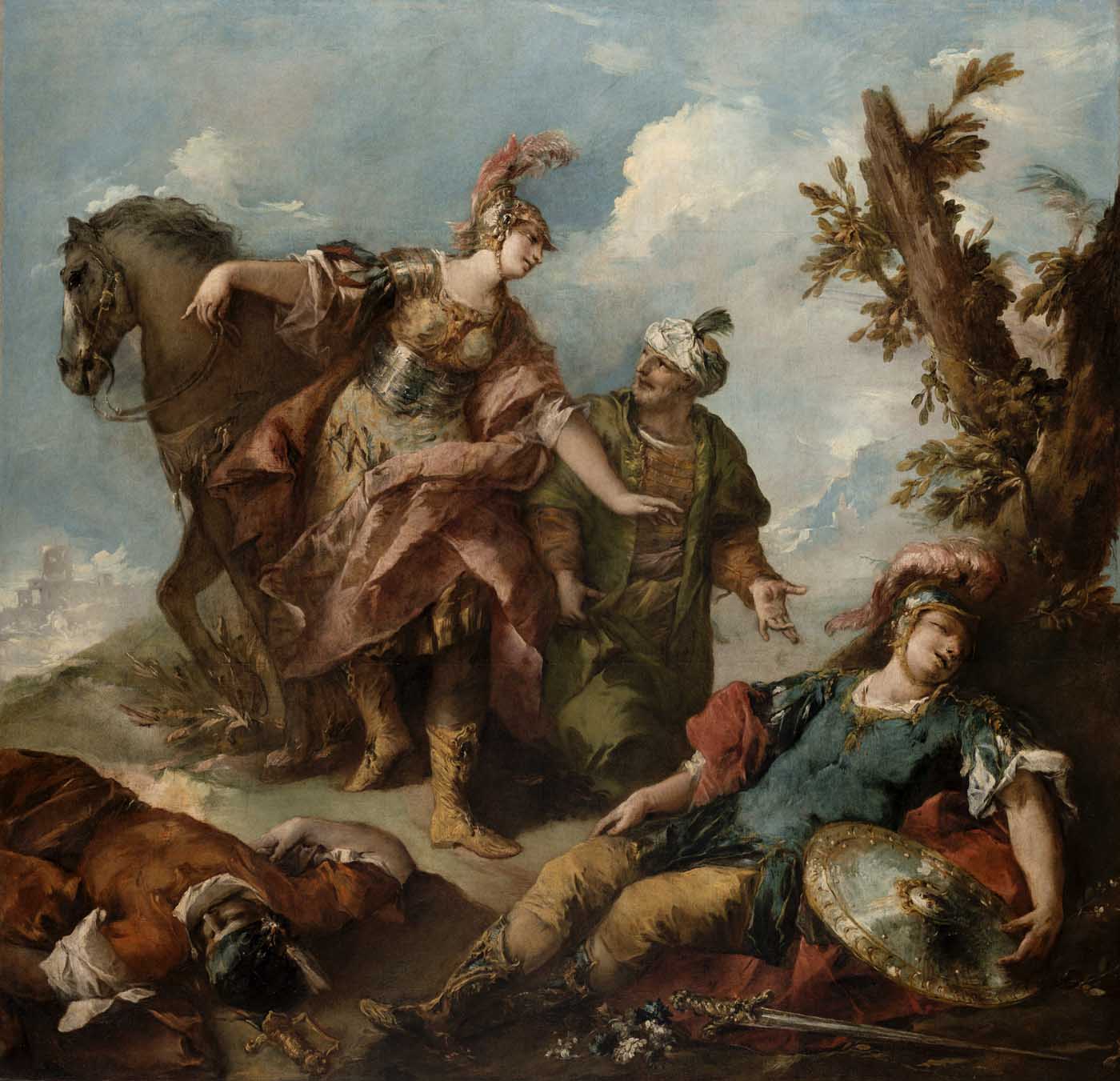 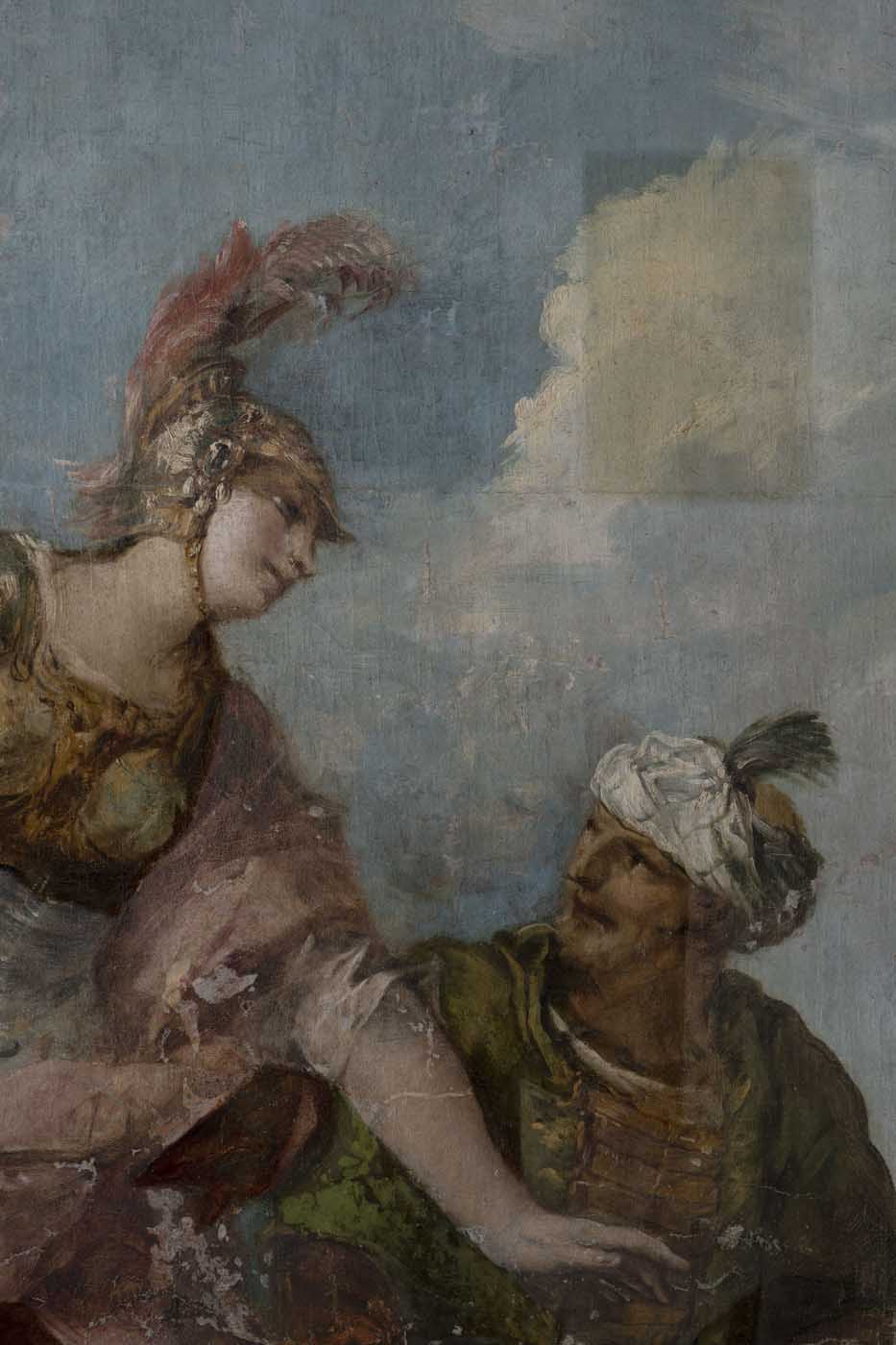 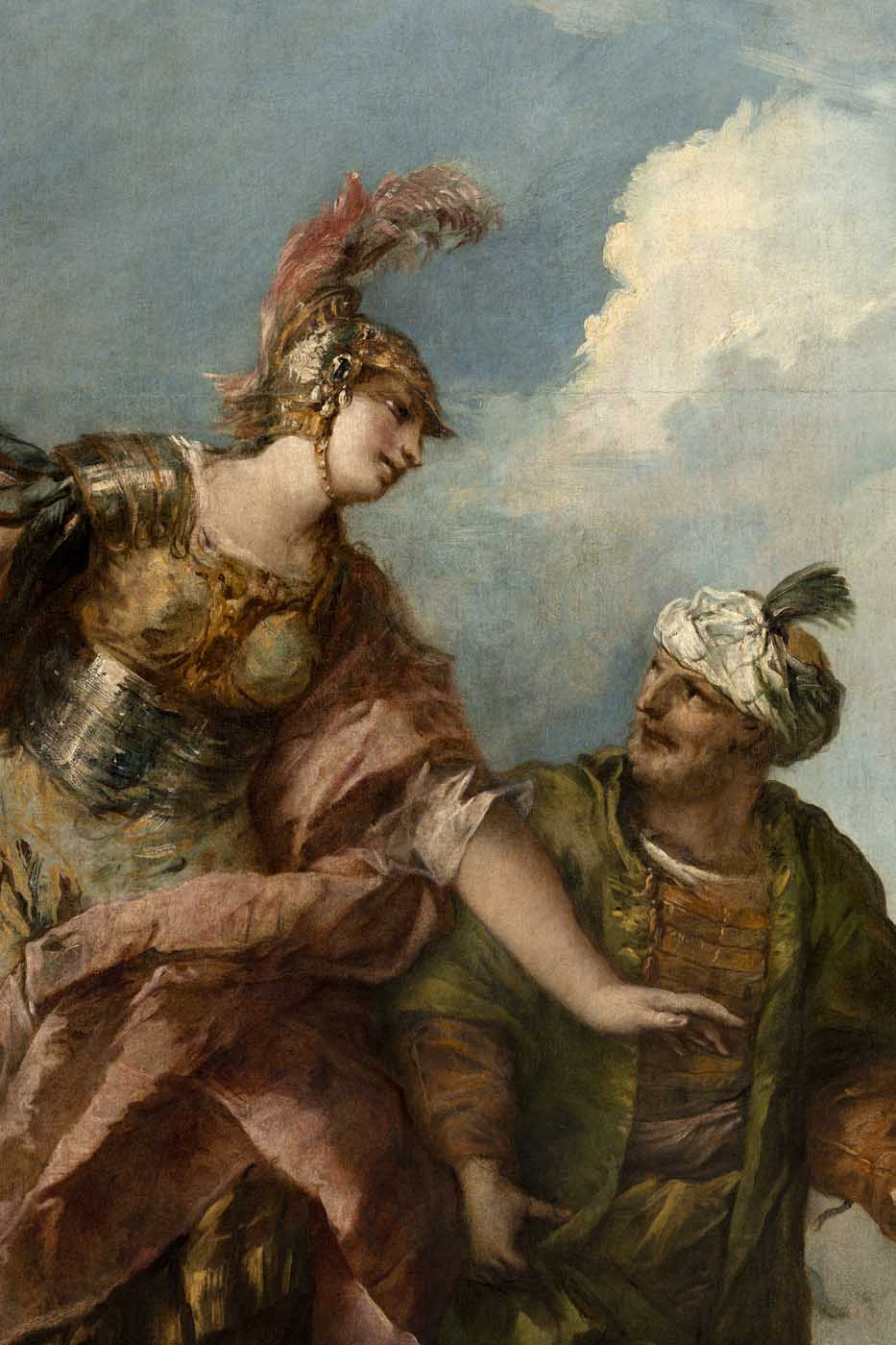 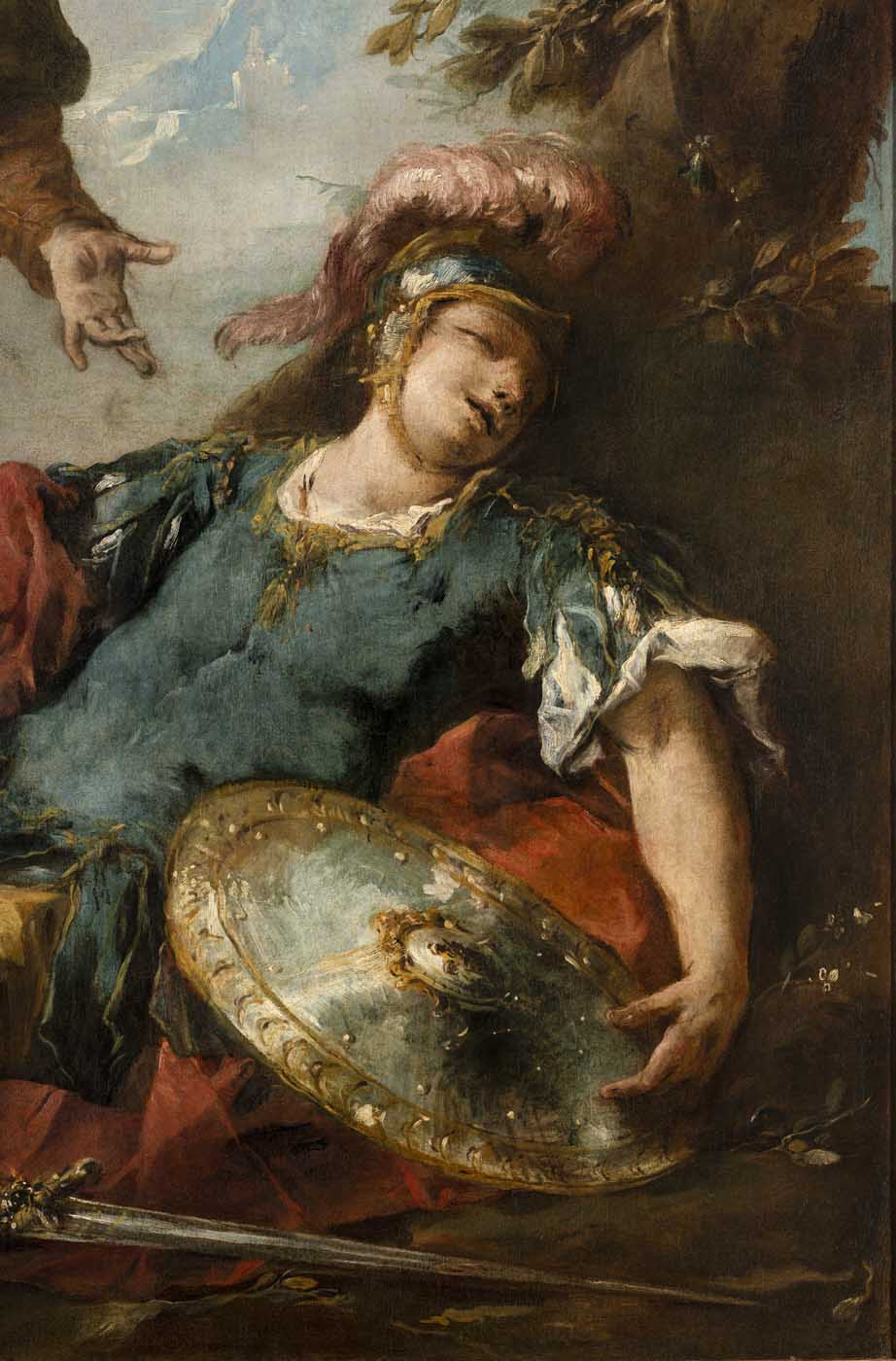 Erminia e Vafrino scoprono Tancredi ferito is a painting by Gianantonio Guardi executed between 1750 and 1755. The artwork was probably part of a series of fourteen canvases inspired by an edition of Gerusalemme Liberata by Torquato Tasso with incisions by Giambattista Piazzetta.
Guardi portrayed the episode taken from canto XIX where Erminia, together with Vafrino, discovers her lover Tancredi, after a duel with Argante, lying wounded on the left of the painting. The artwork, before it arrived at the Gallerie dell’Accademia in 1984, was part of the private collection of Rodolfo Siviero, a State deputy known for having retrieved numerous artworks that were illegally deported from Italy.
In 2020 Venetian Heritage supported the restoration of the painting whose surface was strongly altered by multiple layers of varnish and numerous retouches. The intervention allowed its vibrant brightness to be valued again. It is now permanently exhibited in the new setup, also funded by Venetian Heritage, of the Saloni Selva-Lazzari of the Gallerie dell’Academia.