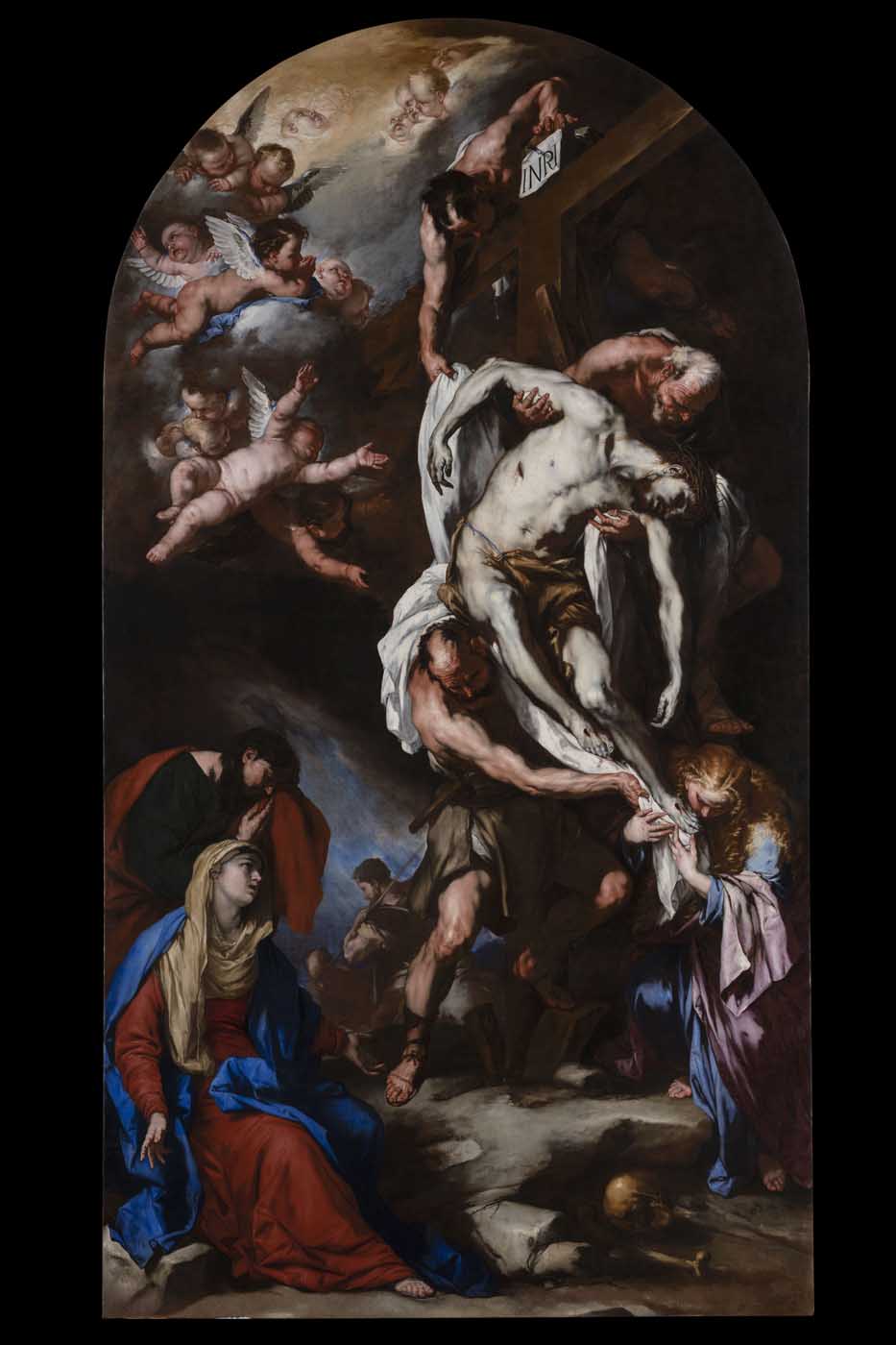 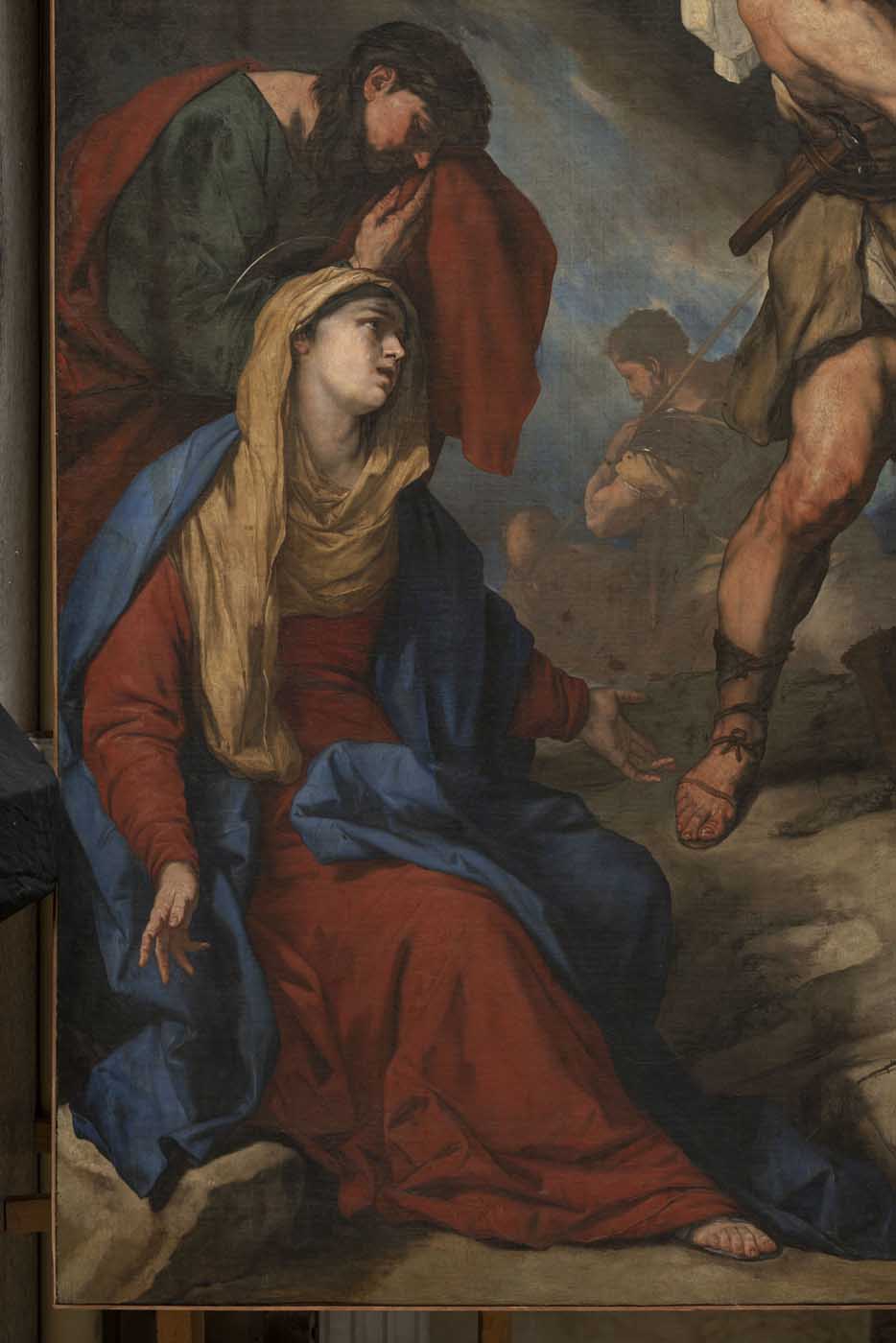 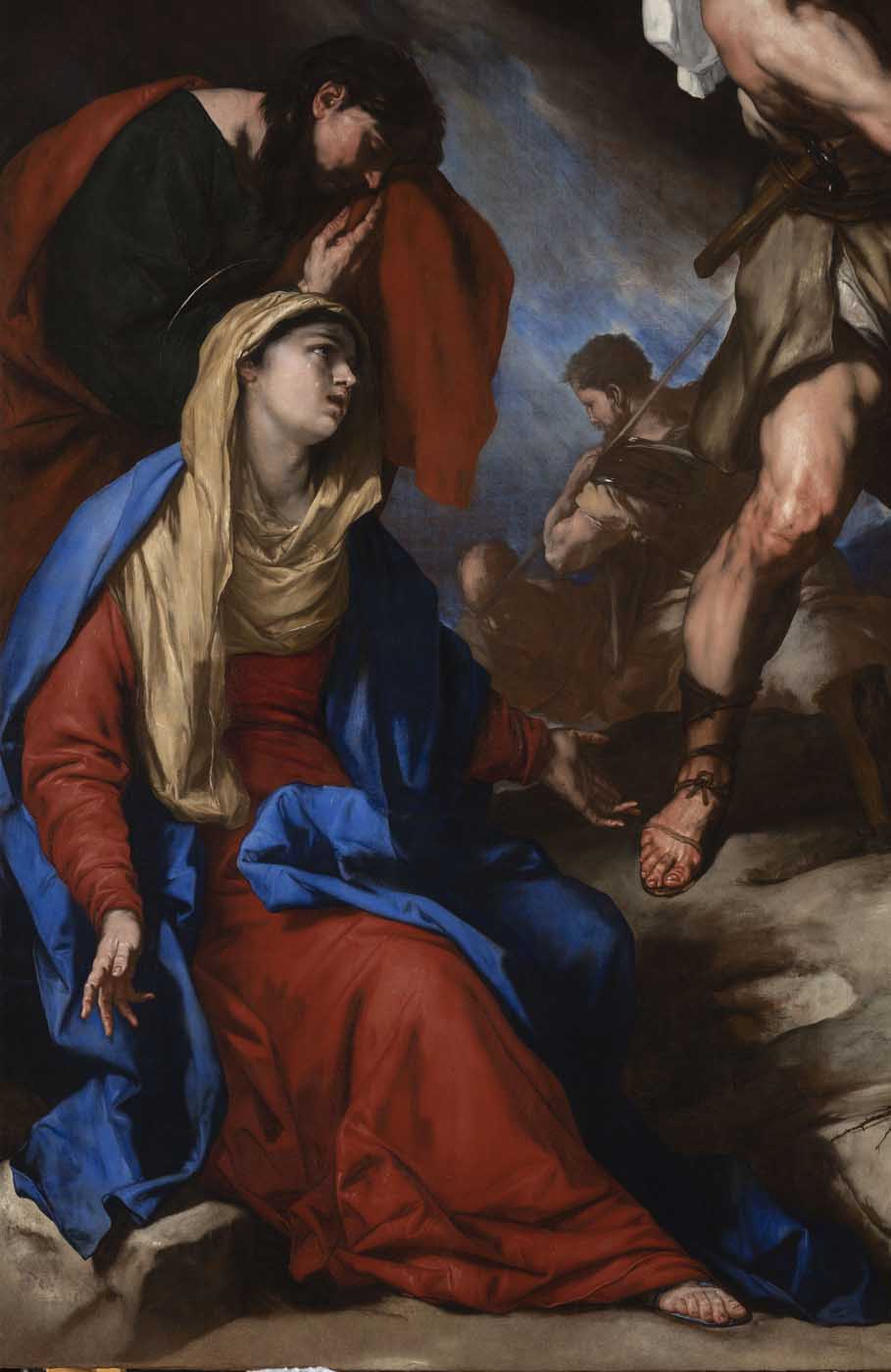 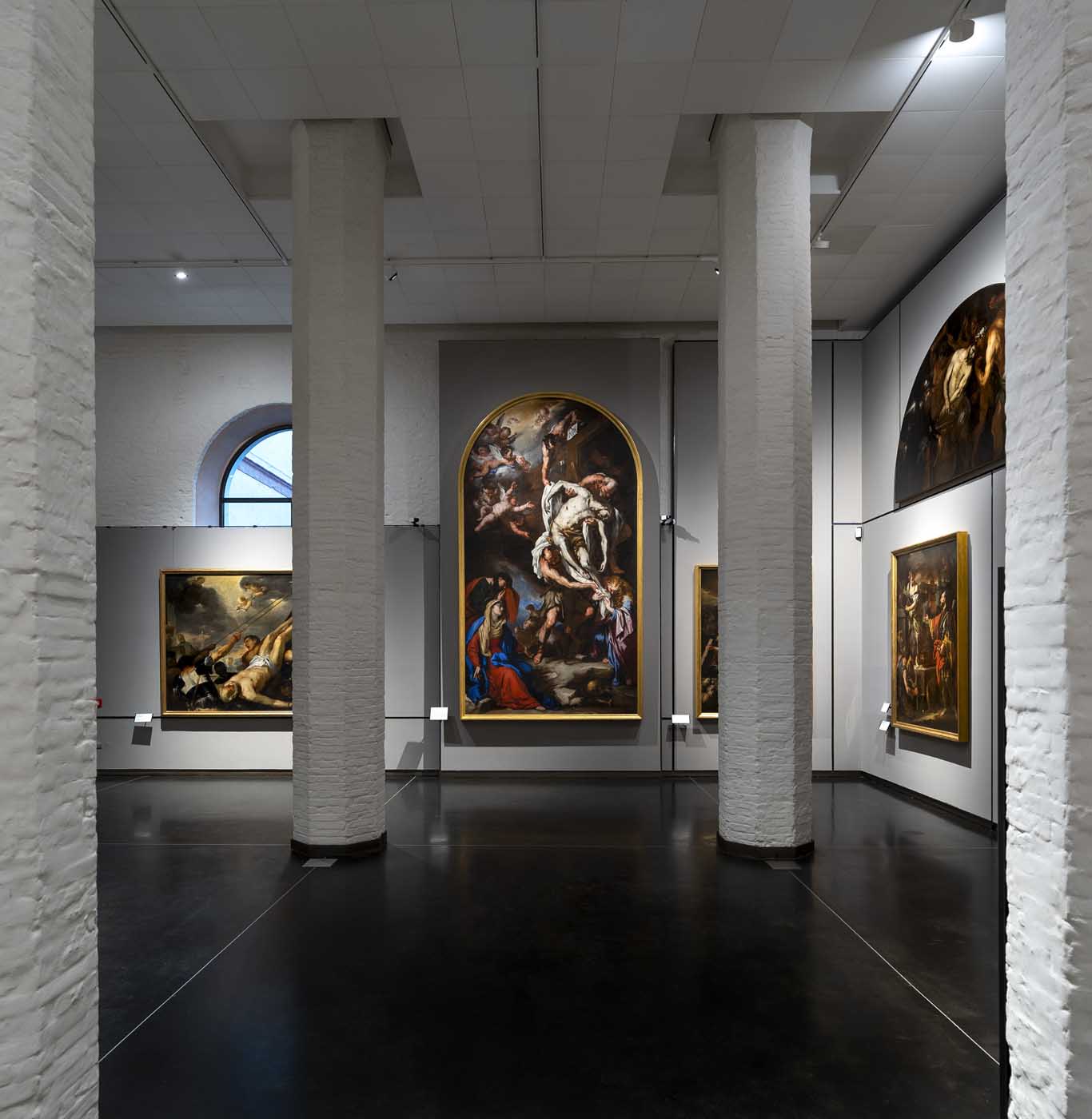 Project
Restoration of the painting the Deposition of Christ by Luca Giordano, Venice

The artist Luca Giordano, also known as Luca Fapresto, a nickname given for his legendary velocity in executing paintings, was one of the most prolific Neapolitan painters of the 16th century. In the 1650s he was already known in Venice and could have completed the painting during a possible stay around the mid-sixties. The artwork, which decorated the main altar of the Church of Santa Maria del Pianto, depicts Christ’s descent from the cross. In the foreground, Giordano portrays Mary, St. John, and Mary Magdalene in pain. Prior to its restoration, the painting was strongly altered. The surface was covered by dust and heavy whitening varnishes, modifying its chromatic values and tarnishing the painting’s material. The work of art is now exhibited at the Gallerie dell’Accademia in the Saloni Selva-Lazzari, whose setup was funded by Venetian Heritage.