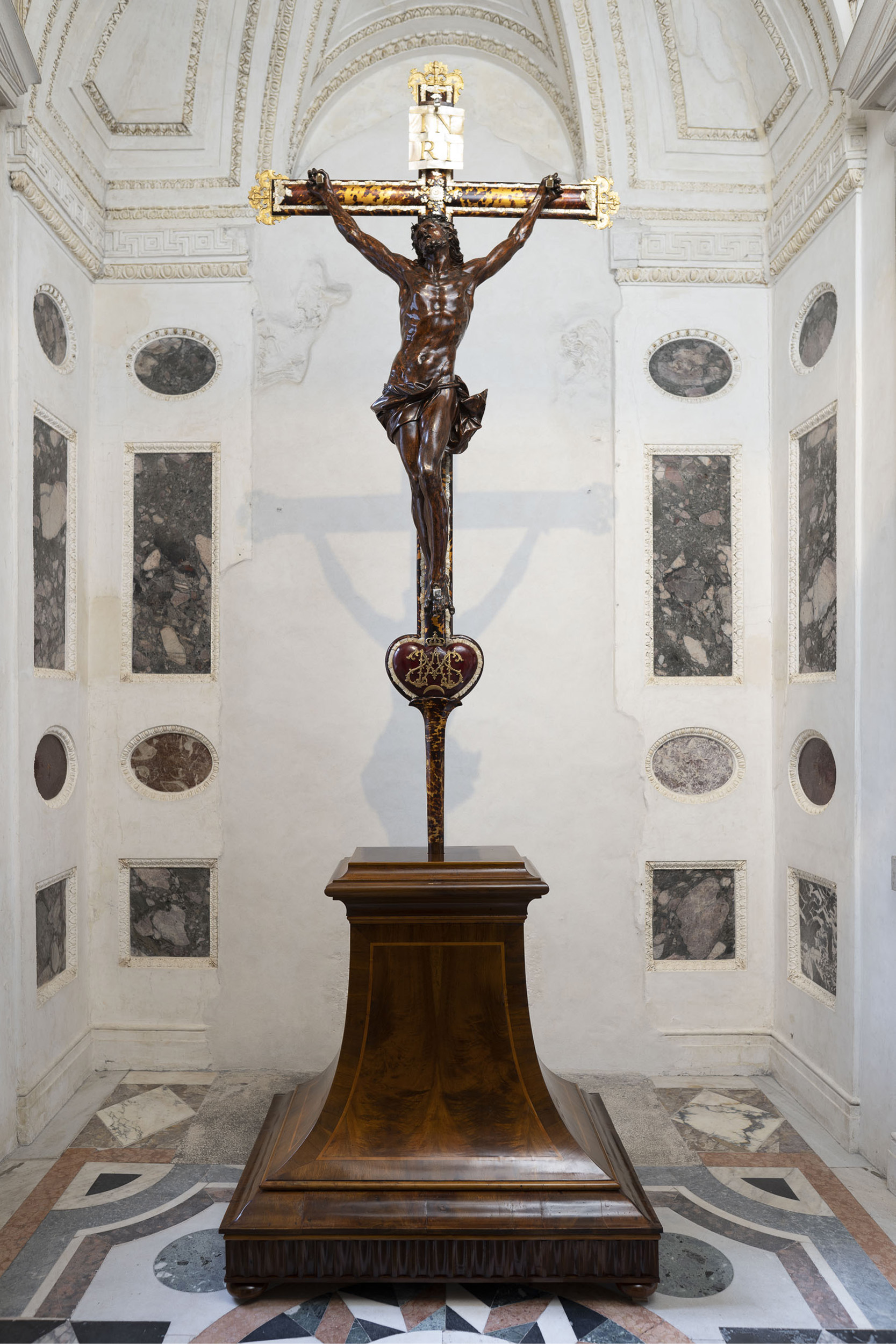 The Crucifix of San Moisè is a masterpiece in wood by Giuseppe Torretti (1664-1743), a sculptor and carver described by a contemporary chronicler as ‘ingegnosissimo’ or ‘extremely talented.’ Torretti was one of the most renown artists of the Venetian eighteenth century, a favorite artist of the Manin noble family and the founder of a workshop where, after Torretti’s death, the very young Canova worked.

Sculpted in stone pine in circa 1711, the work, which was carried around in processions, struck and strikes one for the suffering depiction of Christ, alive but wracked by agonizing, as well as for the quality of the crux itself. Decorated with turtle foils, mother-of-pearl inlays, and gilded bronze, it is a work of ‘singular artifice,’ an extremely high-quality example of the Venetian craftsmanship of the time.

Having fallen into the water that had inundated the church during the high tide of November 2019, it was restored thanks to an intervention, which reintegrated the lacunae and consolidated the entire structure. The restoration of Torretti’s Crucifix was made possible thanks to the #supportvenice fundraising campaign launched by Venetian Heritage following the devastating high tide that hit Venice on November 12, 2019.