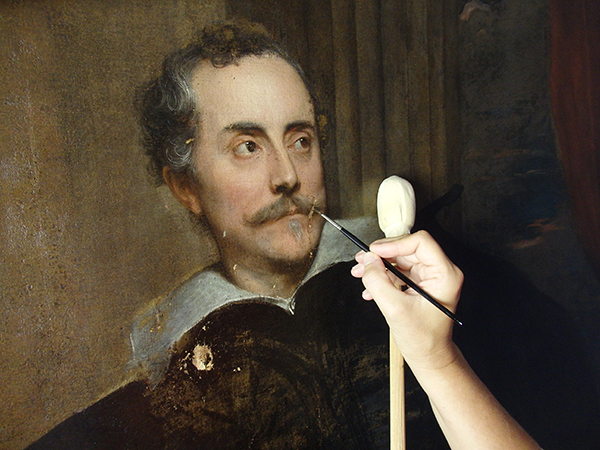 This great canvas, one of Van Dyck’s most sophisticated works, represents the patrician Marcello Durazzo and is the pendant to another painting picturing his wife Caterina. Originally the pair was in the collection of the Durazzo, one of the most important noble families in Genoa. After various turns of events, the paintings were separated: the portrait of Marcello was purchased by baron Giorgio Franchetti at the end of the nineteenth century, placed in the Ca’ d’Oro and exhibited along with the masterpieces of the Galleria, while the portrait of Caterina remained initially in the family palace and then followed the fate of the furniture, which was acquired by the Savoy and transferred to the Royal Palace in Turin.
The aim of the exposition was to present the recent restoration of this masterpiece, made possible thanks to the support of Michelangelo Foundation and Venetian Heritage. The painting is now exhibited at Galleria Giorgio Franchetti alla Ca’d’Oro.