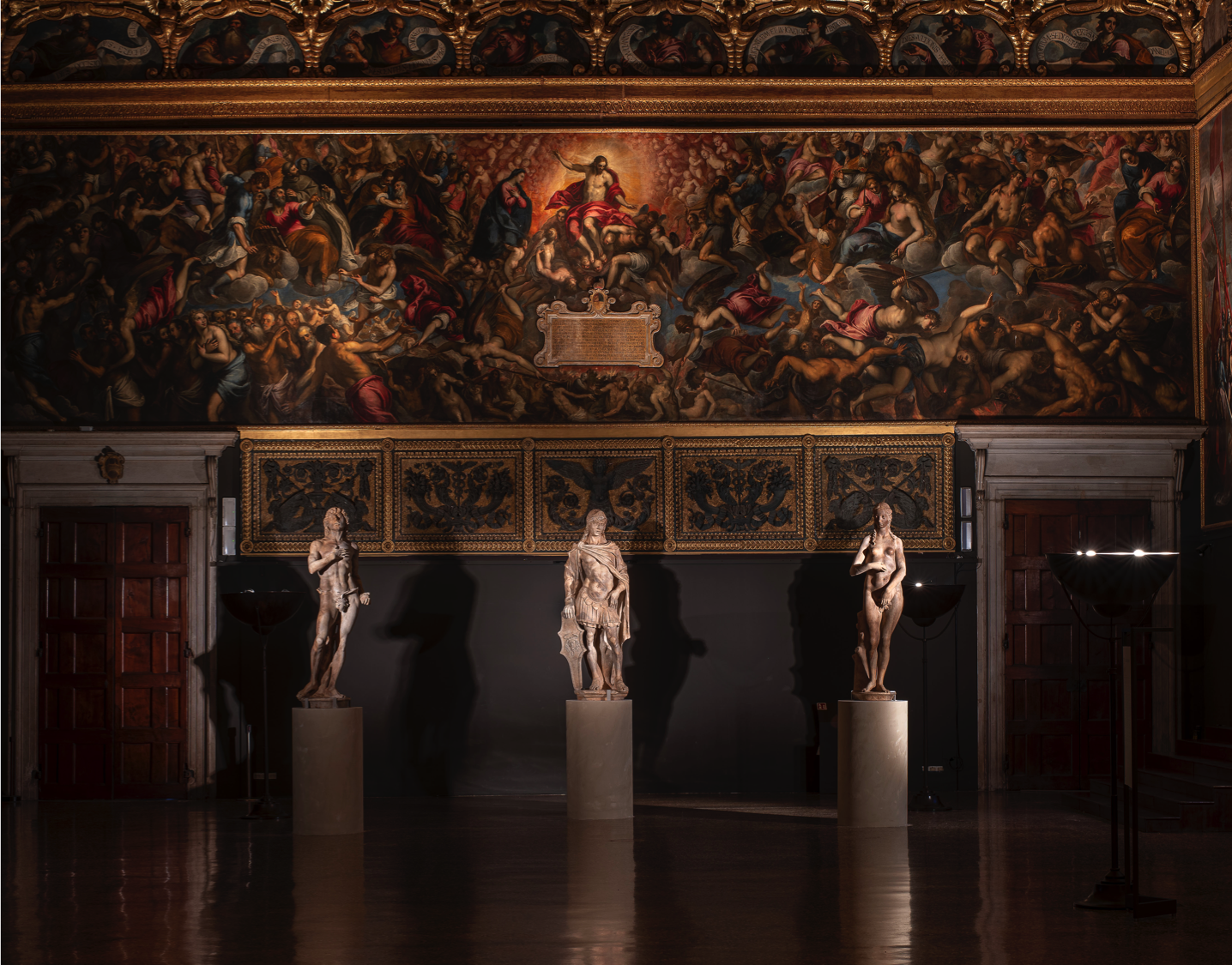 The exhibition presents to the public three sculptures by Antonio Rizzo, representing Mars, Adam and Eve. The artist sculpted these three works of art after the 1469 to decorate the Foscari Arch: a structure opposite the Giant’s Staircase in the courtyard of the Doge’s Palace. The statues of Adam and Eve were originally placed in the niches of the eastern façade of the Foscari Arch, while Mars in the northern part. At the beginning of last century, the sculptures were recovered inside the Doge’s Palace due to their difficult conservative conditions and replaced with bronze copies.

The sculptures, restored by Venetian Heritage thanks to the support of Peter Marino – Chairman and President of Venetian Heritage Inc., New York – are now exhibited in the Sala dello Scrutinio (Hall of Ballots) of the Ducal Palace.